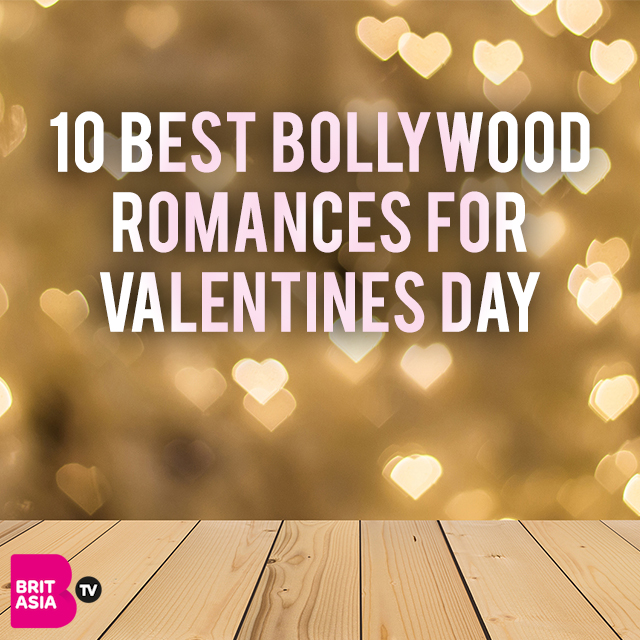 The season of love is upon us, Valentine’s Day is a time for celebrating love. Whether you are coupled up or planning a cosy one with your Netflix account. We have you covered on the best Bollywood films for this Valentine’s season.

There could be, no better option to indulge in, from the iconic ‘palat’ scene, to Shahrukh and Kajol’s amazing chemistry. ‘Dilwale Dulhania Le Jayenge’ has been scorched into the hearts of Bollywood fans for over 20 years.

The film itself has never left theatres and can still be viewed at the Maratha Mandir cinema hall in Mumbai. The story of Raj and Simran is simple but pure, director Aditya Chopra delivered a slice of romantic cinematic history with this film.

This film has all those cliched scenes that you can’t help but love – the slow-motion running to catch the train, the ham fight scenes, the angry dad and dancing on Swiss mountains.

‘Dilwale Dulhania Le Jayenge’ is always the perfect movie to just sit down and switch off to. You’ll definitely feel like falling in love with this Bollywood classic.

This film was a cinematic blockbuster upon release, with Madhuri shining as the playful and witty ‘Nisha’. This film gave musical gems like ‘Didi Tera Devar Deewana’ in addition to delivering the most family-friendly tale of romance ever.

With Salman Khan reprising his infamous Prem character in this film, Barjatya yet again succeeded in portraying an innocent and feel-good film designed to make hearts swell.

Shahrukh Khan is the dashing and slightly arrogant Rahul who is a realist far-removed from any romantic notions. Which makes Madhuri’s character Pooja his counter-opposite in every way.

This film highlights the idea that ‘there is someone out there for everyone’, invoking the idea of destiny and fate.

The dance numbers, romantic ballads and dramatic twists are sure to have you gripped. ‘Dil To Pagal Hai’ will find you agreeing with the sentiment of people being ‘made for each other.’

This film really needs no introduction, ‘Maine Pyar Kiya’ is a film which launched Salman Khan into stardom, as he played his first lead role.

Under Sooraj R. Barjatya’s direction, Bhagyashree stole hearts of viewers as Suman while Salman solidified his celebrity status as Prem.

This film is all about the purity of love and how true love can conquer all. ‘Maine Pyar Kiya’ takes the simple story of a rich boy falling in love with a poor girl but injects a youthful innocence throughout the dialogue.

A journey from friendship into an unbreakable and strong love, ‘Maine Pyar Kiya’ is set to have you smiling and weeping with these two young lovers.

‘Chandni’ is one of Bollywood’s most iconic love triangles. The story is focused around Chandni (Sridevi), Rohit (Rishi Kapoor) and Lalit (Vinod Khanna).

The film is full of romantic imagery, saree sequences and iconic songs such as; ‘Chandni’ and ‘Mere Haathon Mein’.

This film is without a doubt the definition of classic Bollywood romance, ‘Chandni’ epitomises a true and authentic Bollywood love story.

‘Aashiqui 2’ tells the tale of Arohi a simple struggling musician and Rahul a spent-out rockstar, who struggles with alcohol addiction. The tragedy in this story isn’t the addiction, so much as it is that both the characters endless devotion to one another.

Their priority, their devotion and destruction are ultimately one another and while it is heartbreaking to watch, you find yourself unable to look away.

The emotional and character development in this film is so raw and real, it evokes true emotion within audiences.

Watch with caution, you will need tissues and tears are a guaranteed side-effect.

A modern-day Bollywood adaptation of the Shakespearean classic ‘Romeo and Juliet’, ‘Ram-Leela’ is a tale of star-crossed lovers. The eponymous couple comes from warring dynasties, yet despite this, they endeavour to spread love rather than war.

‘Ram-Leela’ is a passionate and high-energy adaptation of a tale of young lovers, Ranveer and Deepika’s chemistry is palpable. Deepika particularly shines as the stubborn and bold Leela.

Bollywood’s most recent and successful love story looked at the idea of inclusive love, ‘Ek Ladki Ko Dekha Toh Aisa Laga’ has been praised for its coverage of LGBT love.

The creative vision came through director Sharon Dhar, who wished to educate and engage with the typical Bollywood audience, in order to highlight a less mainstream love story. ‘Ek Ladki Ko Dekha Toh Aisa Laga’ tells the story of Sweety (Sonam Kapoor) and her struggles of coming to terms with her own sexuality.

‘Ek Ladki Ko Dekha Toh Aisa Laga’ is a thought-provoking but ultimately positive and uplifting love story. A love story that breaks the shackles of what mainstream cinema has typically produced, it is well worth the watch.

‘Rockstar’ is a tale of how love drives Ranbir Kapoor from an innocent young musician into the tortured rockstar Jordan.

The driving concept of this film is that in order to produce convincing art, the artist must suffer – ideally from heartbreak. Thus a love story between Jordan and Heer emerges, while Jordan intended only to feign love and heartbreak, along the way he experiences both.

‘Rockstar’ is one of Kapoor’s stronger performances which paved the way for his winning multiple ‘Best Actor’ awards for his portrayal of this tortured anti-hero. ‘Rockstar’ is a complex love story which does not have a happy end. However, it is beautiful, moving and conveys true human emotion.

This film launched both Hrithik Roshan and Amisha Patel into the Bollywood industry. With Rakesh Roshan directing the film, there was a lot of anticipation regarding how the film would fare.

With melodious songs such as the title song, ‘Kaho Naa Pyaar Hai’ and ‘Ek Pal Ka Jeena’. This film is sure to spark a feeling of endearment while watching the character Sonia (Ameesha Patel) find her way to her true love.

With so many options it will be difficult to decide which Bollywood film to start with, each film portrays a different story.

While some have happy endings and others reflect a more tragic tale. Each is unique, intense and endearing – as all love stories should be.

Music Brit Asia Tv - 3rd February 2023 0
Shree Brar, a singer, and lyricist (most known for his songs during the farmers protest), is currently the subject of debate for his recently...

Man Claiming To Be Beyonce’s Former Bodyguard EXPOSES Her

Music Brit Asia Tv - 31st January 2023 0
Beyonce and Jay Z are facing what could be a major crisis. Multiple media sources are claiming they have learned that a man, claiming...
- Advertisement -