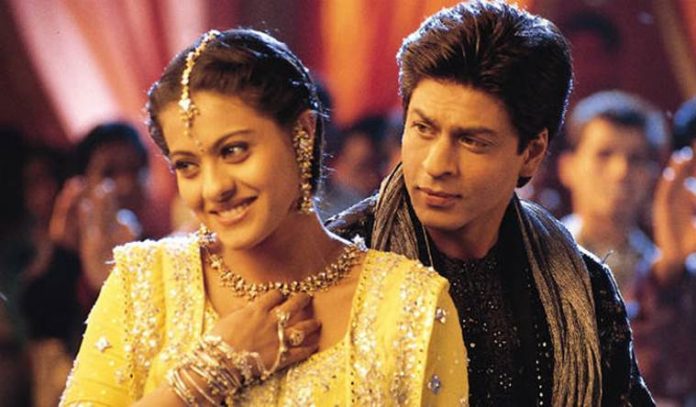 Shah Rukh Khan and Kajol are undoubtedly one of Bollywood’s favourite on-screen couples, so we’re counting down 5 films that prove that they are relationship goals!

This was the first time SRK and Kajol graced our screens as a duo. In the film SRK plays the role of Ajay Sharma; a young man who seeks revenge against a wealthy businessman. Instead of attacking the businessman directly, Ajay creates a fake identity and targets his daughters (Kajol and Shipla Shetty). This crime-thriller isn’t your typical love story, but it’s definitely not one to miss. 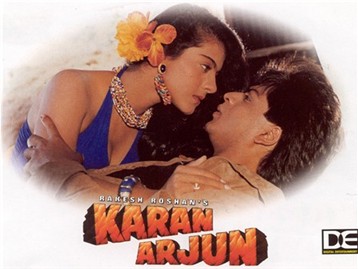 SRK and Kajol reunited for the second time in this action-packed film, which follows the story of two brothers who are murdered and reincarnated into different neighbourhoods with very little memories of their past lives. Whilst this movie isn’t a rom-com either, it’s definitely one to check out.

This film took Bollywood by storm when it was released in 1995, and was the first film to feature SKR and Kajol as a more traditional ‘rom-com’ couple. The film follows the story of Raj and Simran, who meet on a trip to Europe and fall in love. When Simran returns from her adventure, she is forced into marriage despite still being in love with Raj. Unexpectedly, Raj turns up at the wedding and then sets out the change her family’s mind. It’s definitely one to watch!

To many people, this film is one of the most memorable Bollywood films of all time! The film follows the story of Rahul, Anjali and Tina. When Tina dies after childbirth, she writes a letter to her daughter giving her the task of reuniting her husband, Rahul, and college best friend, Anjali. SRK and Kajol provided on screen magic in this film- If you haven’t seen this, you haven’t lived!

Kabhi Khushi Kabbie Gham is one of most well-known Bollywood films and it’s not hard to understand why, with its catchy soundtrack and star-studded cast. The film’s main theme is family. If you’re looking for a film that will make you cry, laugh and dance- this is the perfect film for you!

Which one is your favourite? Let us know your thoughts at #BritAsiaTV