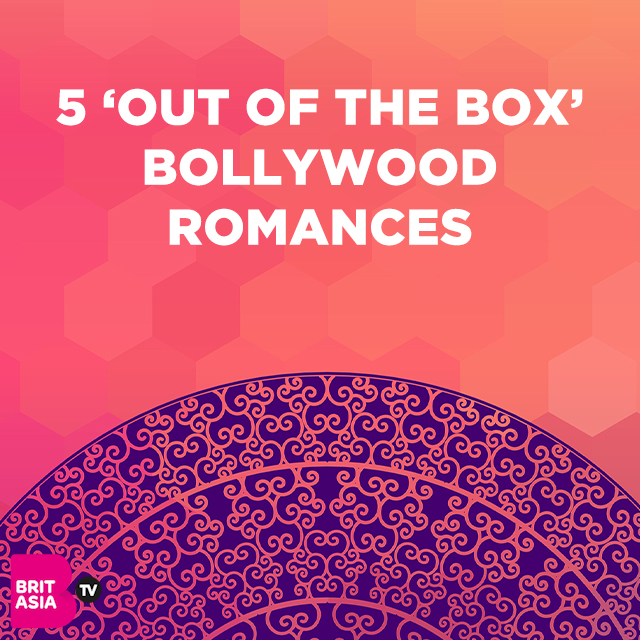 When we think Bollywood, we often think swiss mountains and chiffon sarees, especially when looking at Bollywood romance.

However, Bollywood has surpassed these now standardised tropes of the ’90s.

We are beginning to see an expansion in style, plot and even sexuality when Bollywood tackles romance.

We look at ten out of the box Bollywood Romances till date.

Raj Kapoor’s last and most controversial directorial looked at the impurities within society.

‘Ram Teri Ganga Maili’ starts off as any a-typical poor girl and rich boy romance; whereby they meet and have a very innocent love.

Ganga (Mandakini) is a village girl whereas Narendara (Rajiv Kapoor) is a rich city boy from Calcutta who is visiting her village to study the source of the river Ganga.

The two marry and spend one night together before Narendra leaves and promises to return. 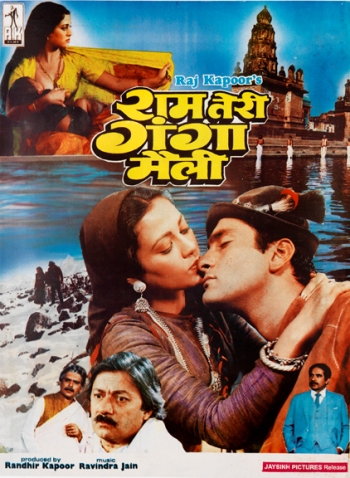 Months pass, Ganga even births a son with no sign of return from Narendra she sets out to track him down.

It is on this journey where Ganga is subjected to deception, harassment and abuse which ends with her being led into prostitution to ensure she can provide for her child.

This film is wrought with metaphors of corruption in society and highlights how often young and naïve girls are exploited by men in powerful positions – an issue which is still prevalent even now.

While this story starts off as a love story Ram Teri Ganga Maili is a film which looks at all the sins and depravity within society.

Ganga’s love is pure but, in her journey, to secure her child’s rights she is subjected to so many evils as people manipulate her vulnerability.

Raj Kapoor was known to tackle social stigmas within his films, with Ram Teri Ganga Maili being the most impactful.

Yash Chopra set the standard when it came to romance in Bollywood, with the ’90s being dominated with YRF classics.

However, with the release of ‘Darr’ Chopra tested audiences, challenging the idea of what is love and what are the boundaries of love?

Rahul clearly has psychological issues and as a character he has an obsessive fixation with Kiran, he is seen to stalk her, call her repeatedly and threaten her. 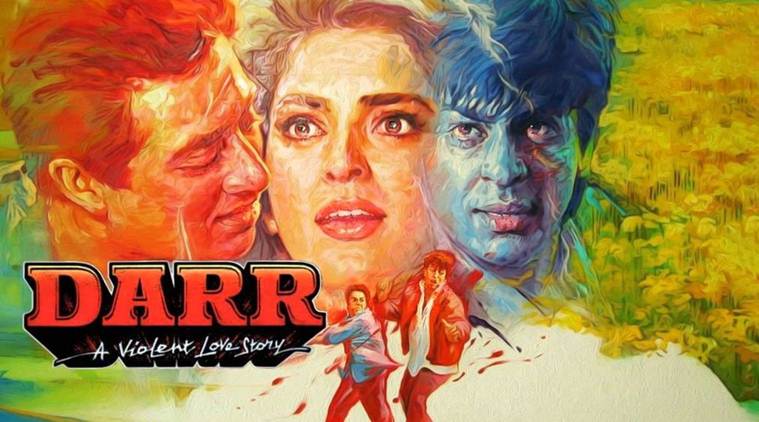 The irony in this film is Chopra’s direction he depicts his romantic motifs on snowy hills even in ‘Darr’, with the song ‘Tu Mere Samne’.

However, instead of two lovers professing their love this dream sequence is between a stalker and the object of his infatuation.

The song has a very possessive and quite intense tone to it.

Chopra used this sequence to highlight that for Rahul his obsession feels like love while Kiran finds it frightening.

This movie is gripping but also has disturbing undertones, highlighting the toxic sides to love in the form of stalking

One such iconic but concerning scene is where Rahul is seen to carve Kiran’s name into his chest.

Chopra’s depiction of a violent and obsessive love due to mental health issues is a definite turn away from normative romance in Bollywood cinema.

This film depicts the classic tale of rich boy falls in love with poor girl, however there is a twist in the narrative which defies Bollywood’s usual ‘happy ending’ formula.

Devdas as portrayed by Shah Rukh Khan is seen to give into the pressures of society and reject his childhood love – Paro (Aishwarya Rai Bachchan).

This decision then tears Devdas apart leading him into a life of alcoholism and debauchery. He is often seen to frequent a brothel where he meets Chandramukhi (Madhuri Dixit).

Alcoholism is a deep issue within South Asian societies and this film tackles this social issue head on, showcasing the ruin this disease can bring.

Paro marries for money and stature, both characters are left unhappy and hollow, victims of society’s unfair pressures and expectations.

The film is incredibly impactful leaving its audience feeling hollow with despair at this tale.

Bhansali masterfully took the issue of societal expectations on love but, he shed a harsh light of reality upon this topic and highlighted that not all romances have a happy ending.

‘Delhi-6’ showcases the pairing of Abhishek Bachchan and Sonam Kapoor in a social commentary set in urban Delhi.

Roshan (Abhishek Bachchan) is an NRI from America who comes to Delhi to fulfil his dying grandmother’s wishes to die in her home.

Roshan is a child of an interfaith marriage with his father being a Hindu and his mother being a Muslim.

Roshan meets Bittu (Sonam Kapoor) who is a dutiful daughter in her home but has larger aspirations to become an actress.

It appears through a sub-plot of the ‘kaala bandar’ (black monkey) that many deceptions are at play within this district of Delhi.

Supposedly, this monkey is attacking people and causing havoc somehow this issue causes religious tensions between the Hindu and Muslim communities with Roshan bearing the brunt.

While he and Bittu have grown to love one another, he is facing backlash from the community for being both Hindu and Muslim.

‘Delhi-6’ explores the lack of acceptance towards ‘others’ within India, depicting this through the character of Roshan.

While his love for Bittu is pure and true he is villainised due to a narrow-mindedness within the community.

This speaks to larger issues surrounding interfaith relationships within South Asian communities and opens viewers minds towards this topic.

‘Dum Laga Ke Haisha’ saw the debut of actress Bhumi Pednekar, Pednekar was required to gain weight for her role in this film.

As the film tackles superficial ideas of beauty and highlights that beauty and love come in varying forms and sizes.

The film is set in 1995 focusing on Prem (Ayushmann Khurrana) who owns a video cassette store.

Prem gives into family pressures and gets an arranged marriage to Sandhya, who is overweight.

Due to her weight Prem is seen to show disinterest and often is seen to act in a very callous and uncaring manner towards his wife.

A drunken night leads to an outburst from Prem who publicly insults Sandhya and she slaps him, he then slaps her back.

The couple set out to divorce but are forced to attempt to make it work by the courts and family pressures.

Prem who is not well-educated sets out to correct this and the couple begin to grow closer.

The couple overcome societal expectations of love and beauty and end up defying all odds when winning a husband wife-based contest where the man must run while carrying his wife.

This film highlights that love is not simply meant for the traditionally ‘good looking’ couples as depicted in most Bollywood films.

This film tackles body image issues while addressing love and relationships, providing a healthy insight into these issues rather than a superficial take.

These movies highlight a difference in narrative from the stereotypical ‘Bollywood romances’.

The directors, writers and actors have attempted to bring real life issues into mainstream Bollywood and have done so masterfully. These films are well worth the watch!