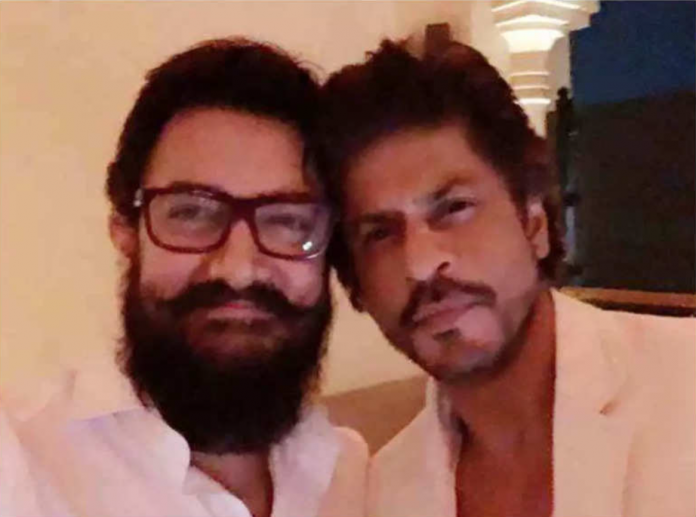 Aamir Khan, who is awaiting the release of his upcoming film, ‘Laal Singh Chaddha’, recently confirmed that the film will feature Shah Rukh Khan in a special cameo.
In an interview with a news portal, Aamir spoke about how he got the superstar on board for the special cameo. Calling SRK, his friend, Aamir said that he told Shah Rukh he needed someone who can represent what Elvis Presley represented in America. Aamir also told him that he needed the biggest iconic star in India which is why he has come to him. Needless to say, Shah Rukh agreed to do the cameo.

So far there has been no official announcement regarding SRK’s cameo in ‘Laal Singh Chaddha’. In fact, earlier, this year, when a fan had asked Shah Rukh if he has watched ‘Laal Singh Chaddha’ yet, the superstar replied by saying, ‘Arre yaar Aamir kehta hai pehle Pathaan dikha.’

‘Laal Singh Chaddha’ is an official adaptation of the Hollywood classic ‘Forrest Gump’ which starred Tom Hanks in the lead role. The Hindi remake also stars Kareena Kapoor Khan, Mona Singh and Naga Chaitanya in key roles. It is slated to hit the theatres on August 11, 2022.