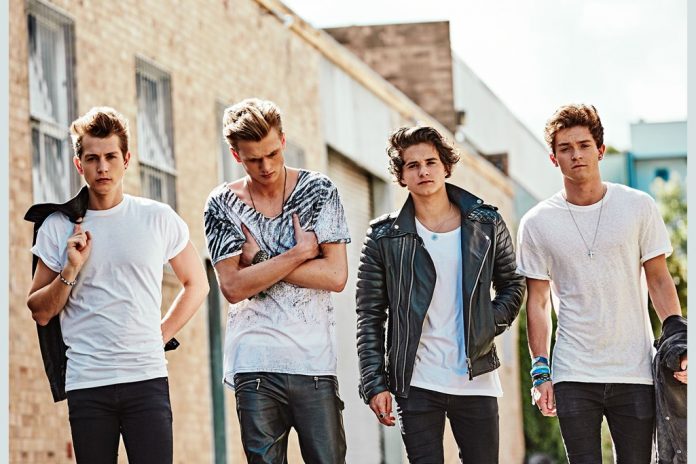 British pop-rock band The Vamps have collaborated with renowned Bollywood actor and director Ajay Devgn, for his upcoming directional venture for the Bollywood film ‘Shivaay’.

The trailer to ‘Shivaay’ has already sent Bollywood fans insane, accumulating over eighteen million views on YouTube. The trailer gave Bollywood fans a thrilling and exciting experience and a taste of what is it come from such a highly anticipated Bollywood movie, one that is like no other.

Ajay has been keeping a very close eye on his directional venture, and broke the breaking news to the world in a short video of James McVey, Tristan Evans, Connor Ball and Brad Simpson, rehearsing for the soundtrack of Shivaay.

Here’s a sneak peak of @Mithoon11 and @TheVampsband jamming for Shivaay. https://t.co/gAcyWAXrel

There have been no confirmed reports as to whether this is a single track from Shivaay’s soundtrack or a series of tracks. However, this won’t be the first time that the British heart-throbs have made an impact in Bollywood. They made their debut earlier this summer in the form of ‘Beliya’ – a collaboration between The Vamps and music producers Vishal-Shekhar; with the track consisting elements of both Pop-Rock and Bollywood genres. The track received a very warm response from Bollywood fans across the world and notable Bollywood actors and actresses as well.

Stay tuned to BritAsiaTV for more updates regarding this movie as well as music, fashion and sport updates!