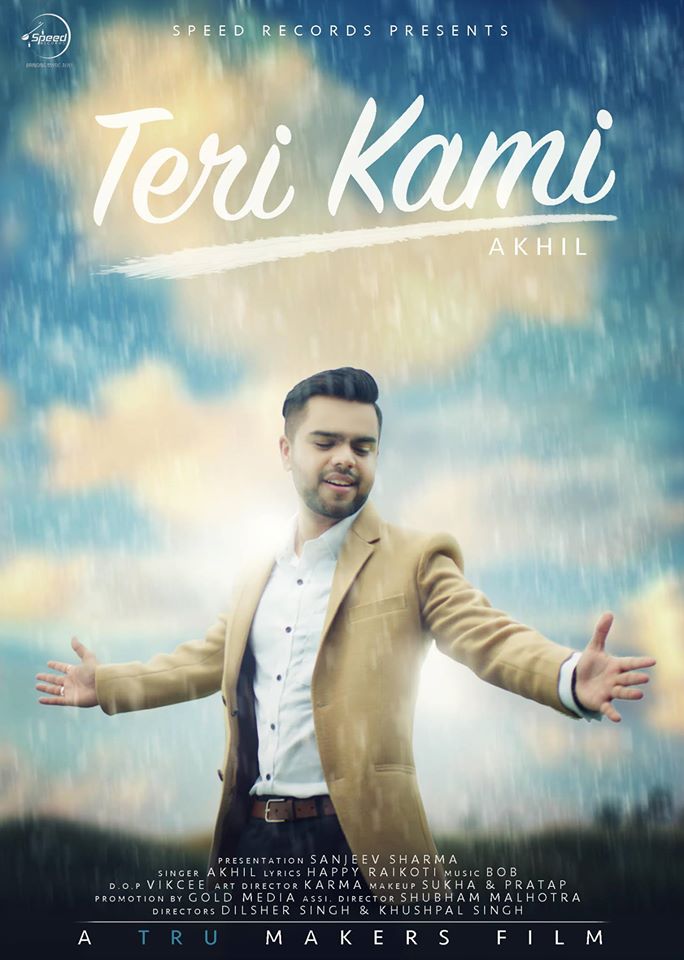 Punjabi sensation Akhil is set to melt hearts once again this summer with the release of his next single entitled ‘Teri Kami’ releasing on 25th August!

Akhil has been one of Punjab’s in demand and popular performers having released singles: ‘Supne’, ‘Makhaul’, ‘Khaab’ and most recently the smash hit single ‘Gani’ featuring UK’s Manni Sandhu – coming from Manni’s sophomore album ‘Welcome to the Future’. Akhil has been hugely popular in recent times and has been building a considerably big reputation for himself after his singles were incredibly commercially successful. Akhil’s reputation in Bhangra has very quickly skyrocketed as Bhangra fans all over the world have appreciated Akhil for his ability to create hit tracks without having to release up-tempo and upbeat Bhangra tracks – instead focusing his attention onto creating slow and soothing songs that fit his unique voice tone and style. All of his tracks have been of similar nature and have all been of a very slow tempo – allowing the song to have full focus and attention on his stunning vocal – with plenty of Bhangra fans comparing him to singer Prabh Gill.

‘Teri Kami’ has a music video produced by Tru Makers Film – who previously collaborated with Akhil for the stunning music videos for ‘Supne’ and ‘Makhaul’ as well as collaborating with a whole host of authentic Punjabi talent from Punjab. Music for ‘Teri Kami’ has been produced by music composer Bob, who previously collaborated with Akhil for ‘Khaab’ – one of the biggest tracks to release in 2016 – accumulating over 23 million hits on YouTube alone.
Akhil was on hand to share a sneak peak of his new single via his Instagram page – and judging by that small clip – Akhil will once again melt hearts again!

The single is set to release on Thursday 25th August. Stay tuned to Brit Asia TV for more updates!