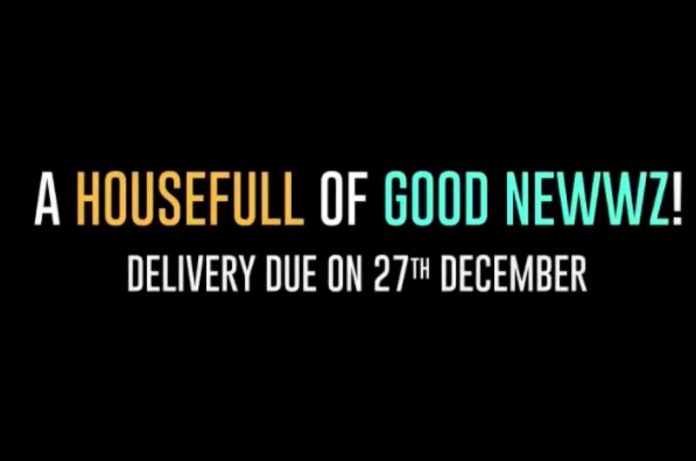 Akshay Kumar, Diljit Dosanjh, Kareena Kapoor Khan and Kiara Advani all took to Instagram to share the release date of their upccoming film Good Newwz, which is set to release at the end of December.

The four stars took to Instagram to take part in ‘The Bala’ challenge, announcing the release date in the caption below.

The Bala Challenge is a challenge from another one of Akshay Kumar’s upcoming films, Housefull 4. The challenge comes from Khiladi Kumar’s signature dance moves to the song ‘Shaitan Ka Saala’ from the film.

Many celebrities, including Varun Dhawan have taken to social media to take part in the challenge.

Diljit Dosanjh has been nominated for the BritAsia presents Kuflink Music Award for ‘Best International Male.’ Check out the other nominees and categories and cast your votes here!