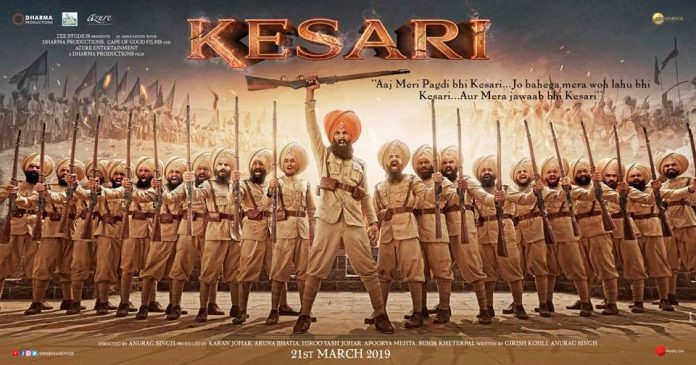 On the day of Saragarhi, Bollywood star Akshay Kumar unveiled the first look of Kesari, the movie based on the Battle of Saragarhi where 21 Sikhs fought against 10,000 Afghans in 1897.

To mark the historic day, Akshay shared the movie poster on his official Instagram account to his 21 million followers.

The ‘Padman’ star will be playing the role of Havildar Ishar Singh in the movie. Parineeti Chopra will also feature in the movie, who will also be starring alongside Arjun Kapoor in Namaste England that will be released on October 19th 2018.

Kesari has been directed popular Punjabi director Anuraj Singh, who has directed movies such as Jatt & Juliet, Punjab 1984 and many others. This will be his directorial debut in Bollywood, and has also co-written the movie with Girish Kohli.