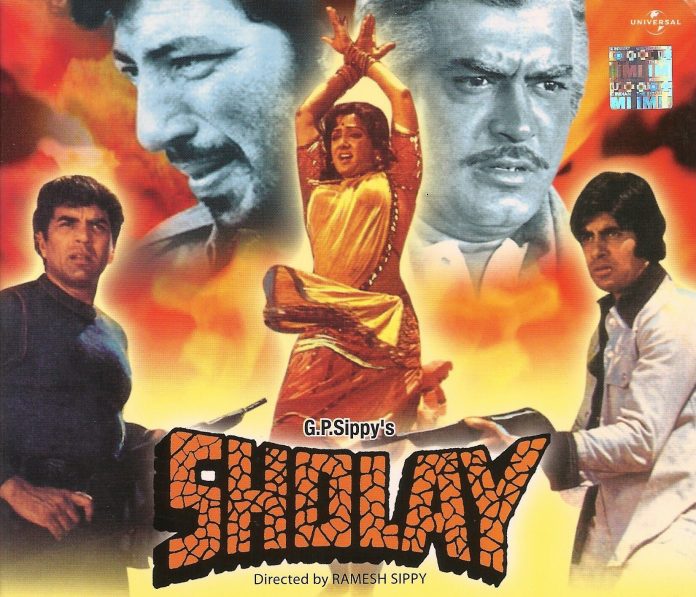 During a recent interview with Mumbai Mirror, Amitabh Bachchan revealed that one scene from the iconic Bollywood film in fact took three years to film.

Sholay (1975) is considered one of the most beloved films in Bollywood. It has been recognised as ‘The Best Film of the last 50 years’ in 2005 and earned the title of ‘Top Indian Film of all time’ by the British Film Institute in 2002.

According to Bachchan, the film’s director Ramesh Sippy was on a quest for perfection during the filming process, this lead to scenes taking a lot longer to film than you would initially believe.

Big B revealed; “I wonder if you remember a scene in Sholay where Jaya (Bachchan) had to light a lamp in the corridor and I am sitting in the outhouse playing the mouth organ (Harmonica). There was particular kind of lighting that was required for the shot. Our Director of Photography, Mr Divecha , was keen to take the shot at the time of sunset. You would not believe that Rameshji spent almost three years before we finally got that shot.”

“Every time we would go to enact that sequence, something would not be right with the lighting. And Ramesh said ‘until we get a correct light, we are not going to shoot this’. We waited for three years for one flash of a shot for the film.”

You can watch the clip in full below:

The harmonica scene wasn’t the only scene that took a long time to film; the iconic song sequence for ‘Yeh Dosti’ reportedly took 21 days to film, and the train robbery sequence is thought to have taken 7 weeks to complete.

It definitely seems as that the time spent on the filming was worth it as Sholay is still considered one of the most influencial films in Bollywood cinematic history.

What’s your favourite scene from Sholay? Let us know your thoughts at #BritAsiaTV