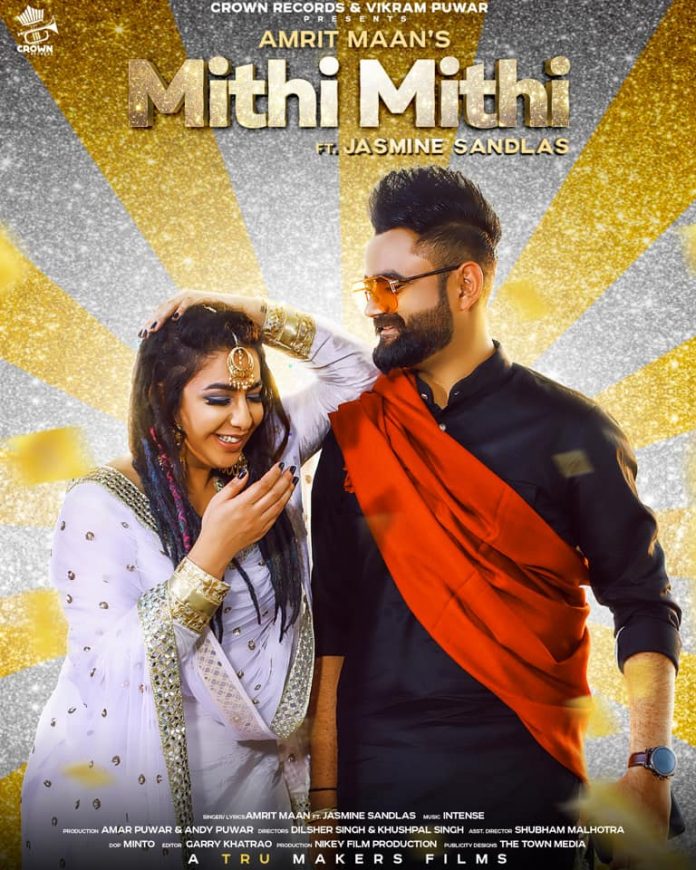 Punjabi singers Amrit Maan and Jasmine Sandlas are set to unite once again after their huge hit ‘Bamb Jatt’.

Back in 2017, the powerful duo released ‘Bamb Jatt’, which immediately blew up and garnered over 72 million views on YouTube. Since then, fans have been keeping a close eye on the pair and waiting for new music.

Now, the pair have announced their next collaboration titled ‘Mithi Mithi’. Jasmine and Amrit shared the poster on their social channels:

OMG !!! #mithimithi droppin soon. I am not ready and neither are you and neither is Amrit and definitely not Intense. hahahah can’t wait. @thisizintense @amritmaan106

They have worked with famous director Intense, who is the guy behind Jasmine’s huge tracks ‘Sip Sip’ and ‘Illegal Weapon’.

The official release date is not confirmed but Amrit announced that the ‘Bamb’ will be dropping this month!