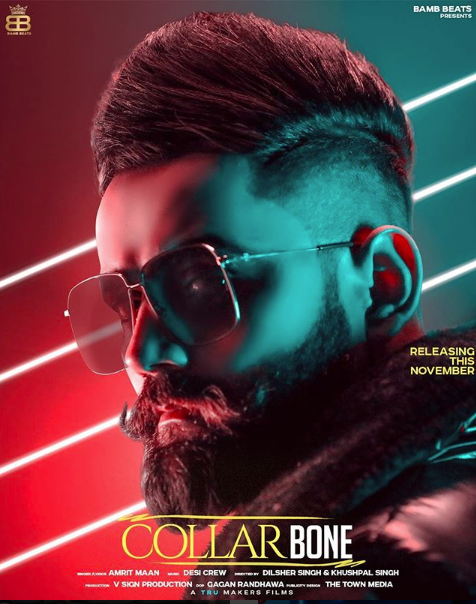 Punjabi singer turned actor Amrit Maan has announced he will be releasing a new song just in time for Diwali.

Amrit Maan has had a busy and successful year, after the releases of his tracks ‘Difference’, ‘Trending Nakhra’, and many others and was then followed by his Pollywood debut movie. Aate Di Chidi.

He has now revealed that he will be releasing another track titled ‘Collar Bone’. He took to his social media to share the news:

The song has been written by the ‘Bamb Jatt’ singer himself, and he has worked with Desi Crew to produce the music for the track.  There is no official release date, but it does mention that it will be released next month.