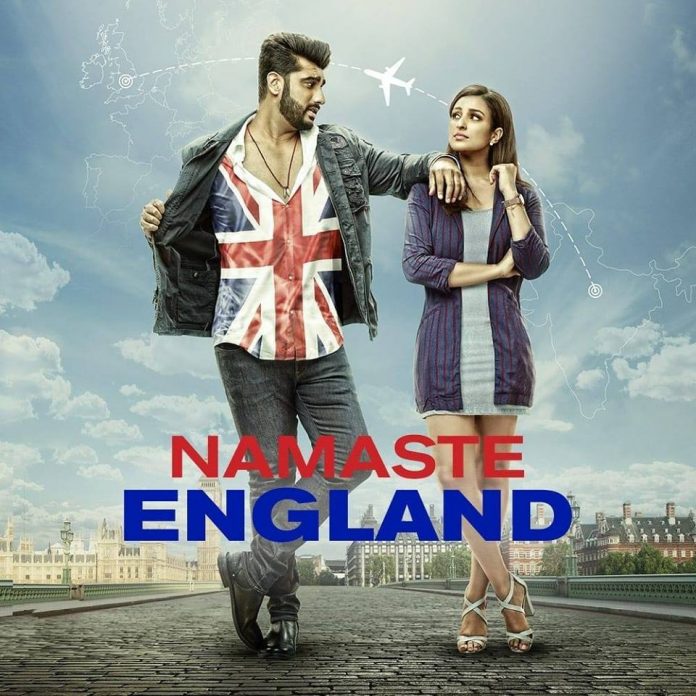 The makers behind ‘Namaste England‘, have released another trailer for the upcoming Bollywood movie starring Arjun Kapoor and Parineeti Chopra.

Where in the previous trailer we saw the romance of their marriage, in this second trailer, audiences will note the more serious aspect of the upcoming film ‘Namaste England’. The makers of the movie released the new trailer from the film to give audiences a bit more insight into what looks like a brilliant film.

The quintessential Bollywood love story where lovers overcome familial restriction to happily marry is given a twist as the girl, Jasmeet played by Parineeti Chopra, leaves for England, to regain freedom and independence.

This refreshing 21st Century story is one to see as the romantic element of the film is combined with the strong message to show how love can uplift not just bring a woman down. Arjun Kapoor’s character Param travels to England following after Jasmeet illegally. In a ploy to get Jasmeet to admit she wants to be with him again, he seems to fake an engagement to another woman.