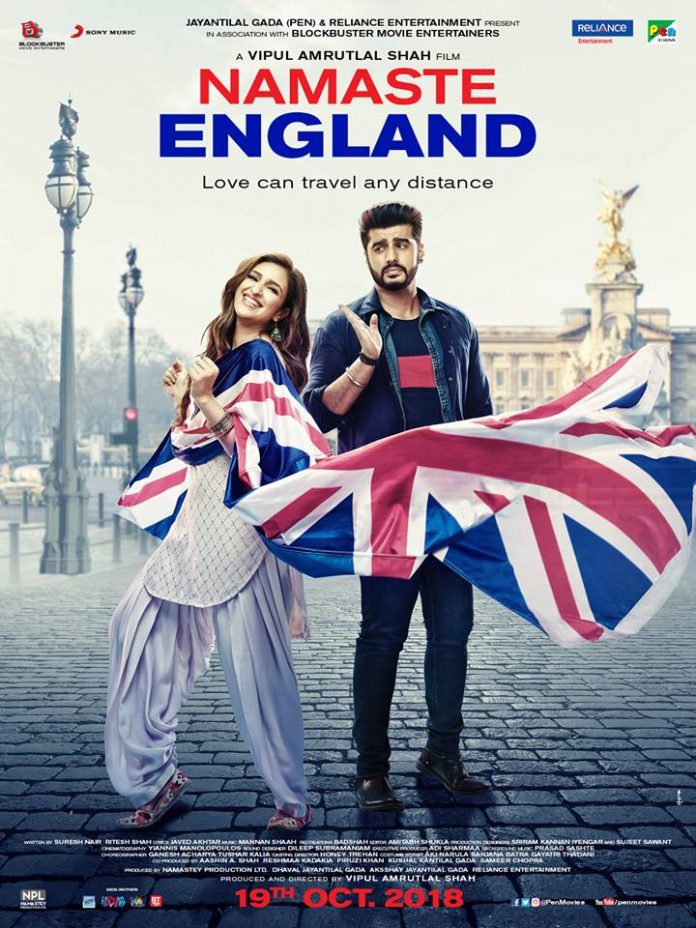 The two stars took to their social media accounts to share the exciting news and revealed the release date of October 9th 2018.

In the first poster, we see Parineeti carrying the British flag and wearing it as a dupatta, whilst in the other poster, we see Arjun wearing the Union Jack on his t-shirt. On the poster, we see the tagline “Love can travel any distance”, where we can gather that the duo will be flying across continents in the name of love.

‘Namaste England’ is the second movie Arjun and Parineeti will be working on together, after their 2012 movie ‘Ishaqzaade’. Apart from this movie, the pair will reunite onscreen for ‘Sandeep Aur Pinky Faraar’, which will be released next year.

We also caught up with both of the actors to speak about the movie and how it is like working with each other. Watch this space for the interview, which will be coming out soon.