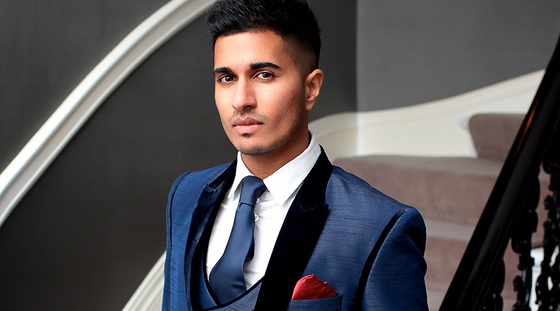 Arjun has been a household name within the music industry, establishing himself as an individual who is able to fuse together the Eastern and Western genres in a unique way. His musical catalogue features a lot of cover tracks and remixes of Hindi, R&B and Bhangra tracks, adding his own unique twist to each track. All of his tracks have been co-produced and he has also wrote original lyrics for his remixes, which has allowed Arjun to really stand out from the crowd. His most popular cover track came in the form of ‘Why This Kolaveri Di (R&B Mix)’, accumulating over eleven million hits, with his popularity within the music industry soaring from that moment on and allowing Arjun to sign to the world-famous T Series record label in 2014. Since then, he has released tracks such as ‘All Of Me (Baarish)’ featuring Tulsi Kumar, ‘Can’t Forget You (Tujhe Bhula Diya)’ featuring Jonita Gandhi, ‘Teri Meri Remix’ featuring Priti Menon and most recently the summer anthem ‘Suit’ featuring Guru Randhawa and Intense.

After the success of the EDM-inspired ‘Suit’, which he featured on alongside Guru Randhawa and Intense, he has now released another summer-inspired dance track. The song ‘Sanam Ho Ja’ features Arjun bringing forward his unique style with this track, bridging together the eastern and western genres. Arjun sings the verses all in English then mixes in the Hindi on the chorus.

Check out the music video below, which also features Bhangra stars H-Dhami and PBN in cameo roles!