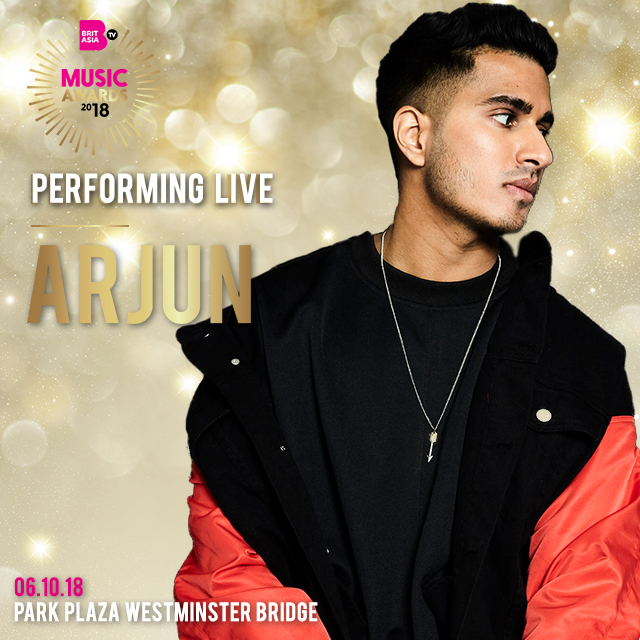 British Asian singer Arjun has been added to the exciting line up for the annual BritAsia TV Music Awards 2018.

Joining Nimrat Khaira and Mika Singh, the ‘Vaadi’ singer will be bringing the UK sound to the BAMA stage with his fusion of contemporary Western and Eastern sounds, combining R&B with elements of South Asian music.

He blew up on the music scene, when he uploaded a R&B cover version of ‘Why This Kolaveri Di’, on to YouTube and received over 12.8 million views. Since then he has travelled the world, won various awards, and was selected to sing the official theme song for the ICC World Cricket World Cup in 2012.

Since then he has collaborated with Punjabi singer Guru Randhawa for ‘Suit Suit’, which was then chosen to be featured in the Bollywood movie ‘Hindi Medium’ starring Irrfan Khan (May 2017).

This year, he released his first ever solo album ‘Closer to Home’, and to date Arjun is currently the most viewed UK Asian artist on YouTube, with over 250 million hits.