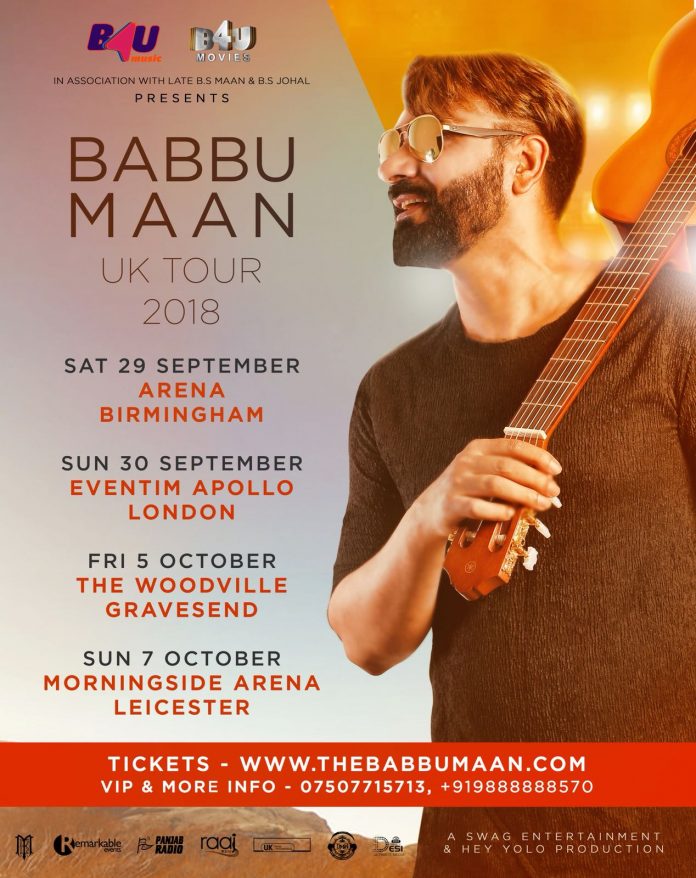 Punjabi singer Babbu Maan is set to tour the UK in cities including London, Birmingham, Gravesend and Leicester.

The Punjabi singer attracted over one million people to his single India concert, and now Babbi Maan will be making a return to the UK. The internationally acclaimed music mega star will be returning to the UK to perform a mixture of old school classics alongside his latest tracks from his new album, Ik C Pagal with a full live band.

The winner of the World’s Best Indian male Artist in the recent World music awards said: “I’m really excited to be coming back to the UK, and I promise my UK fans that Babbu is back, bigger than ever before!

I receive messages every day from my UK fans showing their support and now l will reply to your messages to show you how much they mean via my music! l look forward to meeting and seeing you all soon.”

Babbu Maan will be performing at the following venues –

Tickets are now on sale for the epic tour over at each venues website.