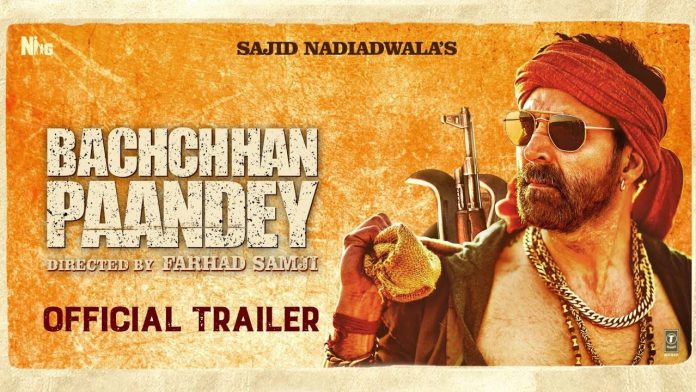 Akshay Kumar’s upcoming action-comedy Bachchan Pandey, alongside Kriti Sanon, is to be released on the festival of Holi, 2022.

The film follows Myra Devekar (Kriti Sanon), an aspiring director who must conceive a gripping gangster story, as per her producer’s request.

To satisfy the maker’s commercial outlook and Myra’s dedication to realism, she researches the real-life gangster known as Bachchan Pandey for the script, played by Akshay Kumar.

However, Myra’s clandestine attempts to research the life of Bachchan Pandey fails egregiously and she gets caught by the merciless gangster for snooping.

What happens next in this twist of tales forms the narrative — solidifying the film’s genre as an action-comedy.

Sajid Nadiadwala’s Bachchhan Paandey marks the fourth collaboration between Akshay Kumar and Farhad Samji after Entertainment and Housefull (3 and 4).

Bachchhan Paandey is set to release this Holi on 18, March 2022.