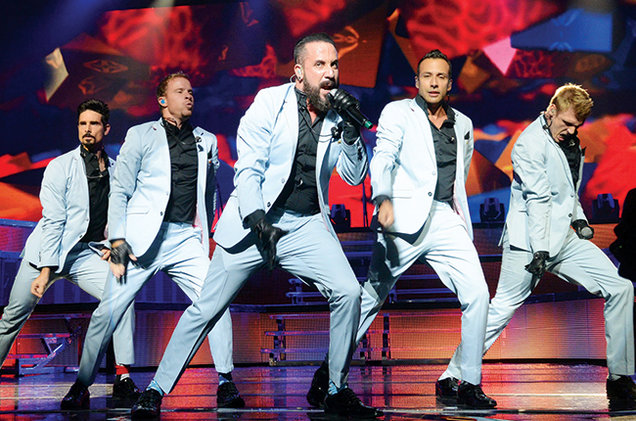 The Backstreet Boys are back, and this time they are set for their own residency within the heart of the world-famous Las Vegas strip.

Yes! The noughties hit-making pop band will be heading for Las Vegas for an eighteen date trial residency with a view to a permanent move. The band have entitled their stay as Larger Than Life and will be performing at The AXIS Theater at the Planet Hollywood Resort & Casino starting from March and ending in July. They join fellow pop-stars Britney Spears and Jennifer Lopez, who have also enjoyed successful residencies at Planet Hollywood.

The group have promised visitors that every gig will be a “one-of-a-kind” and “over-the-top”. Backstreet Boys star Brian Littrell said, “If you’ve ever been to a Backstreet Boys show… it’s going to be that on steroids.”
“We’re going to call the show Larger Than Life, and we’re taking that theme and we’re going to run with it,” bandmate Kevin Richardson added.

AJ Mclean promised ‘mind-blowing’ concerts for such an exciting event.
“We’re hopefully going to have some of the biggest elements from all of our biggest tours, songs and shows,”
“This whole city is about live shows and being over-the-top, so it’s going to be no-holds-barred. It will be the biggest show we’ve ever done in 24 years because it’s fricken Vegas – we gotta go big! We literally want people breathless as they leave.”

Be sure to stay tuned to BritAsia TV regarding this exciting news as well as more music, sport, fashion and entertainment news!