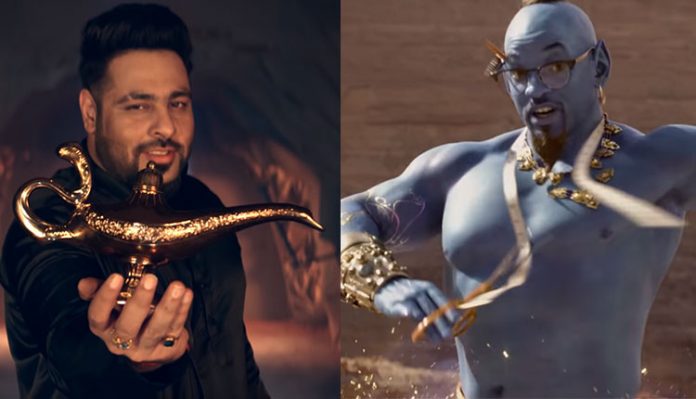 Disney India unveiled the new song in collaboration with the rapper earlier this week. Titled ‘Sab Sahi Hai Bro’, the track has been produced for the Hindi version of the upcoming flick. They also announced that Armaan Malik will voice the character of Aladdin.

Speaking about the song, Badshah said in a statement: “Aladdin evokes a lot of fond memories for me when I was growing up, and this is a fantastic opportunity for me to not only relive my childhood but also be part of such a big-ticket global adventure.

The music video will release soon and I hope my fans embrace and enjoy this new offering from me.”

The new song is all about friendship and with Badshah on it, you’ll be hooked by his infectious lyrics and catchy music.

The Disney flick has been directed by Guy Ritchie, and stars Canadian newcomer Mena Massoud as Aladdin, British Actress Naomi Scott as Princess Jasmine and Will Smith, who plays Genie.

The magical trailer was released in March and gave us a sneek peek into the colourful and vibrant world of Aladdin. This was then followed by the classic song ‘A Whole New World’, performed by Zayn Malik and Zhavia Ward.

The thrilling and Live version of the flick is set to hit cinemas 24thMay!