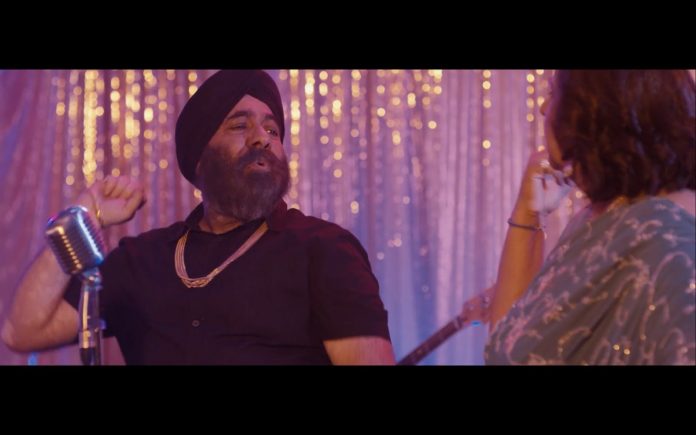 Speaking to Pardeep, the single came about when he posted a ten second clip on social media network site ‘Vine’, a platform that both him and Sabby have both gained a lot of attention from their comedic videos.

“Bapu Sada Kehnda came to existence when Pardeep Sanghera (Assistant Director) and Sabby Singh (Singer) created a Boli called “Selfie”, which is part of the song as well. They first met in Brisbane while Pardeep was visiting Australia. The Selfie boli was an immediate hit on social media such as Vine, Facebook and Instagram. People made videos of singing the boli with friends or at weddings. Aman100, who is the Music Producer and Director, saw its potential and wanted to expand on the boli by turning it into a full song. This was the birth of Bapu Sada Kehnda under music and video production company No1Knows Productions.

The video shoot was an amazing and fun experience for our team. All members including Paul Nagra (Executive Producer) and Jazz Saini (Assistant Executive Producer) have worked very hard for one whole year to bring this entertainment package to our audience. “The actors and production crew did an amazing job while enjoying every bit of being on the set of Bapu Sada Kehnda and working with us”, according to Aman100.

Bapu Sada Kehnda revolves around an angry father who has been left with no other choice but to confront his son on the most happiest day of his life, his wedding. The father decides to vent and let the world know the truths about his son at his own wedding.

Speaking on the music video, Aman100 says: “We are very excited and looking forward to the release, we have worked months on turning this little vision into a big reality. I’m sure the viewers will love it as the song itself is a breath of fresh air followed by a beat that just makes you want to dance. Bapu Sada Kehnda Ho Bapu Sada Kehnda.”

Bapu Sada Kehnda brings a new edge to Bhangra – a more fun and comedic side. The single is accompanied by a highly entertaining music video, which can be found below!

Be sure to support – and let us know what you think!