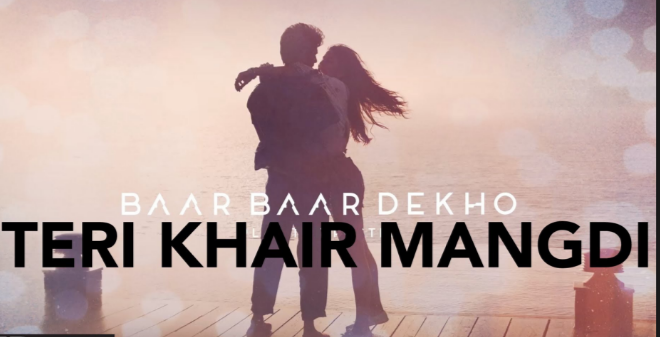 The original version, coming from Bilal’s debut album ‘Twelve’, produced by UK’s Dr Zeus and featuring North American rapper Fateh, has accumulated over 5 million hits on YouTube and became the one single that allowed Bilal to venture off onto bigger projects and collaborations. This included tracks such as: ‘Paranday’, ‘Kaash’, ‘Lethal Combination’ and most recently ‘Blah Blah Blah’ as well as many more – allowing Bilal to build a big reputation for himself in the world of music.

The original version of the track featured Dr Zeus’s bouncy and electric inspired music production assisted by the flawless rap by Fateh – which was one of Fateh’s first features on a Dr Zeus track. Now 4 years on, the remade track brings a softer and soulful side to Bilal – with the track slowed down, modified in lyrics and a completely transformed composition and music production.

This isn’t the first time a track has been remade for the ‘Baar Baar Dekho’ soundtrack – after Kam Dhillon and Amar Arshi’s 2005 hit ‘Kala Chasma’ was remade by Badshah for ‘Baar Baar Dekho’s title track. The newer version features rap by Badshah and additional vocals provided by Neha Kakkar and has accumulated over 48 million hits on YouTube so far, a front-runner for one of the biggest Bollywood hits of the year.

The movie ‘Baar Baar Dekho’ is all set to release on 9th September 2016. Stay tuned to BritAsia TV for more updates!