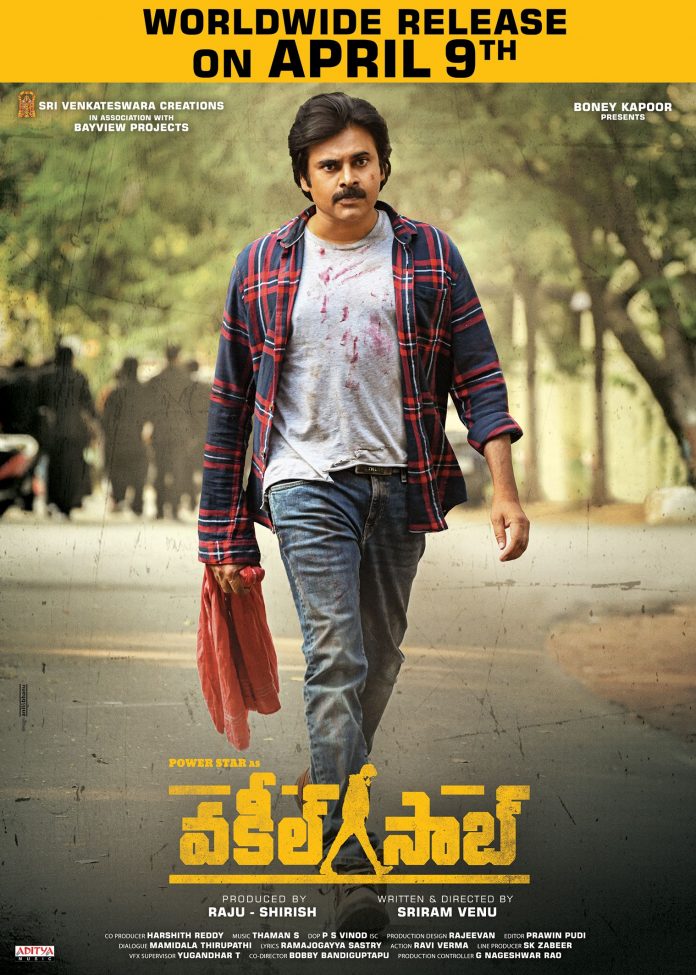 Eminent film producer Boney Kapoor has shared the poster for his next venture, Vakeel Saab — set to release on 9 April 2021.

Vakeel Saab is the Telugu remake of the 2016 hit, Pink, which starred Amitabh Bachchan and Taapsee Pannu and tackled the subject of consent.

In a Twitter post along with the film’s poster, Boney Kapoor tweeted: “The POWER is set to unleash on the BIG SCREEN. Get ready for Power Star @PawanKalyan’s #VakeelSaab in theatres from April 9, 2021.”

The POWER is set to unleash on the BIG SCREEN🔥⭐

Vakeel Saab will mark Pawan Kalyan’s screen comeback after taking a two-year hiatus to focus on his political career, much to the delight of his fans.

Boney Kapoor is an Indian film producer who has produced numerous Bollywood films like Mr. India, No Entry, Judaai and Wanted to his credit.