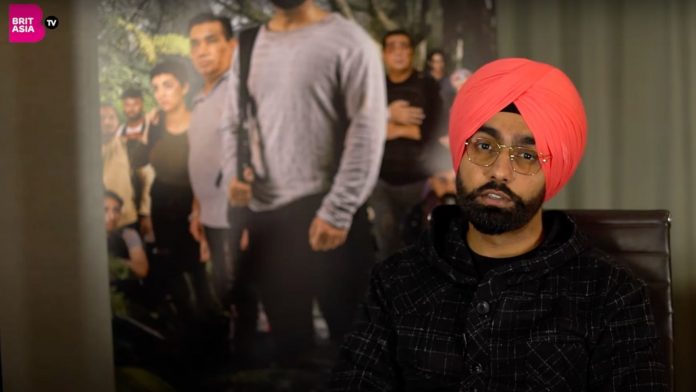 The Punjabi film centres on a group of migrants who take illegal routes to enter their desired country. The story frequently finds the characters entering a bordering nation and undertaking a harrowing journey over land or sea.

Virk plays Pamma, a young impressionable man who enters the US through the ‘donkey route’ by traversing the jungles of Mexico, unaware of the dangers that lie ahead.

During this expedition, Pamma encounters others like him — befriending two comrades in arms, played by Pakistani actors Nasir Chinyoti and Zafri Khan.

Speaking to BritAsia TV ahead of the film’s release, Virk told host Tindy Kaur audiences can expect “comedy, emotions and a good message” from the Punjabi entertainer.

The actor also spoke about the reality of making Aaja Mexico Challiye and revealed singer Karan Aujla’s response to the title of the film — whose 2021 song lends its name to Virk’s film.