BritAsia TV are delighted to announce that they will be bringing the Punjabi Film Awards 2019 to the UK’s capital, London. The prestigious event will take place at the Grosvenor House, JW Marriott Hotel in London on the 30th March 2019, to celebrate and honour the brilliance of the Punjabi Film Industry.

UK Punjabi singer Juggy D and Radio Presenter Harpz Kaur will be teaming up together for the first time to host the exclusive ceremony. 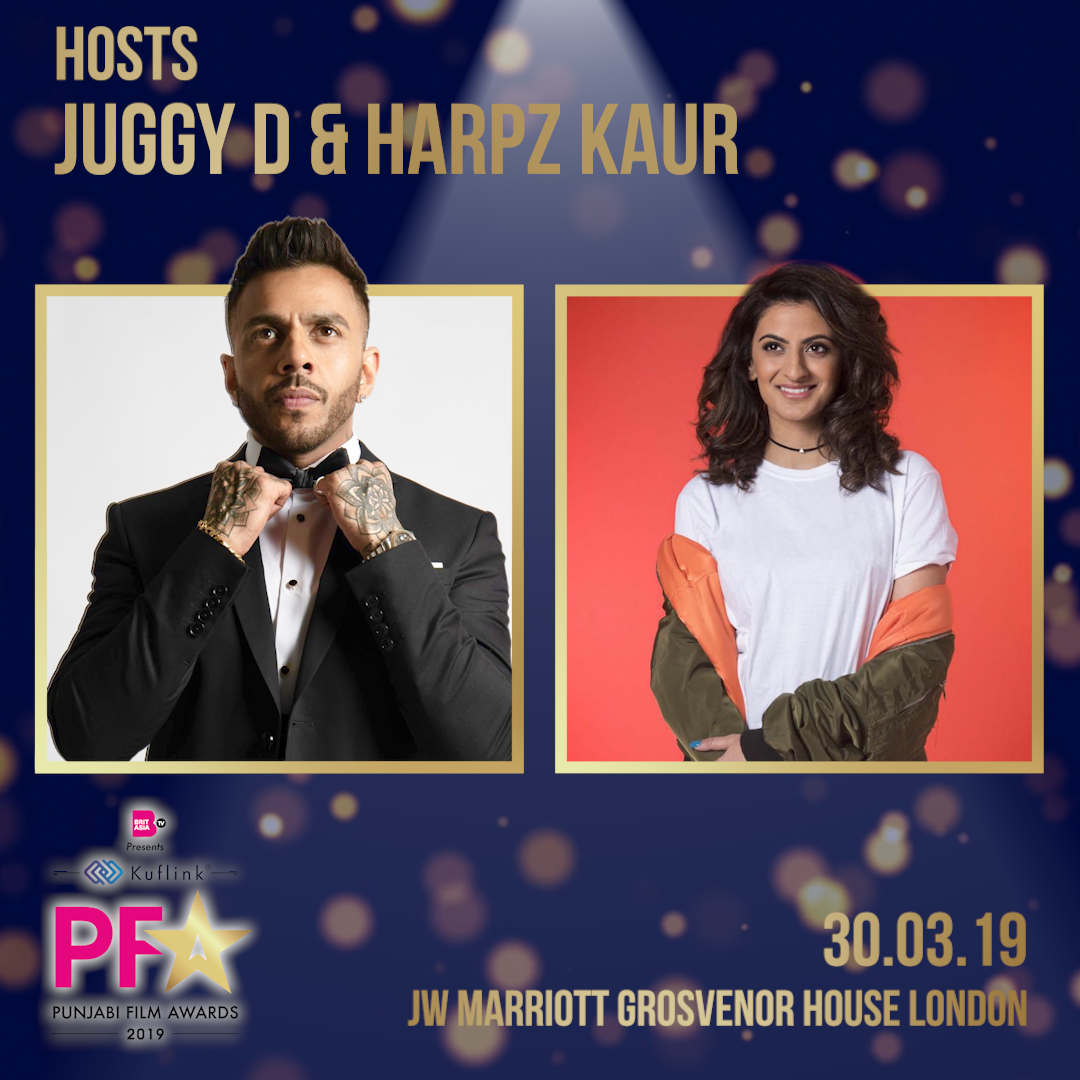 Tony Shergill, CEO of BritAsia TV, said: “After successfully launching the first Punjabi Film Awards in Birmingham, it felt right to bring the prestigious award ceremony to the capital.

We look forward to welcoming the Punjabi Film Industry for the second time and for more years to come.”

Voting is now live at britasia.tv/pfa