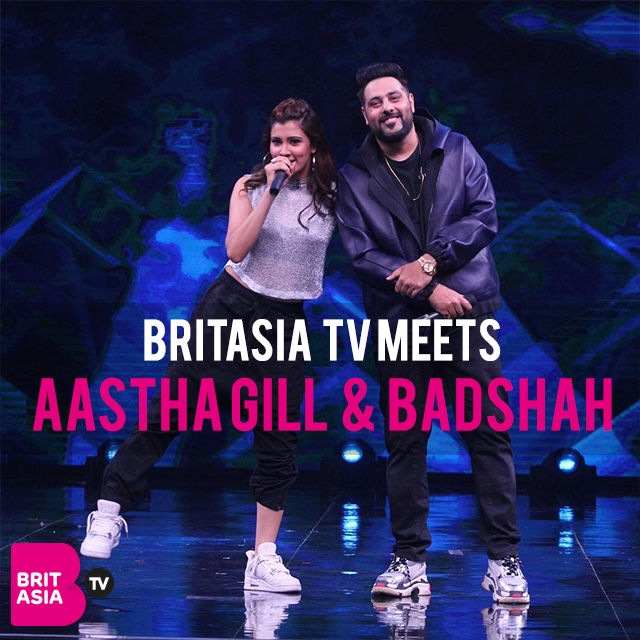 The duo have recently released their latest track titled ‘Buzz’ and it has been buzzing everywhere on the internet and around the world. The track has accumulated over 36 million views on YouTube, and fans have been going crazy over the new song ever since it was first announced.

We caught up with the pair to discuss the latest song and the inspiration behind the debut dance track for Aastha.

Aastha and Badshah have been working together for five years, and have already got a collection of hit songs together such as ‘DJ Waley Babu’ and ‘Abhi Toh Party’. On working together on this track, they both said it felt like home and they are very comfortable with each other, so they do not see it as work. They have a fun working relationship, where they can vibe from each other, no matter what time in the day.

We went more in-depth with Aastha to see how she finds it being a woman in the industry, where she told us that she is seen no less than her male members of her team, and she feels like she always fitted in.

Badshah started off working in the Punjabi industry, and he told us that from working in Punjab to the rest of India is similar, but he does have more freedom to use Hindi. With the rise of more and more Punjabi singers being used in Bollywood such as Gura Randhawa, it’s becoming even easier for Punjabi’s to work in Bollywood.

The Indian rapper expressed his interest in UK music- specifically Grime, and told us that artists such as Mabel and Stormzy have caught his eye.

We can expect more from Aastha Gill and Badshah, as they have many more collaborations coming up on Badshah’s album and hopefully a UK tour soon.

Check out the interview with Aastha and Badshah below.