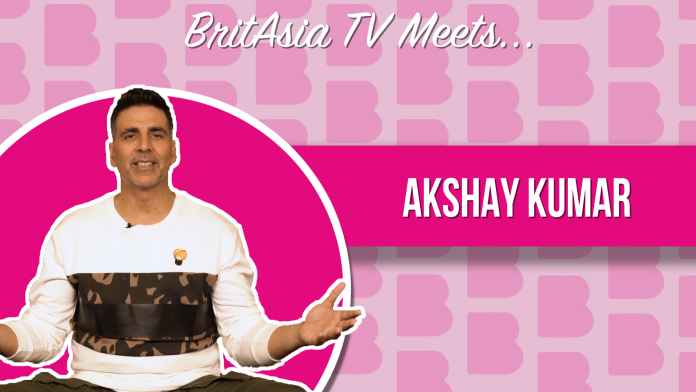 We caught up with Bollywood star Akshay Kumar to talk about his upcoming Bollywood flick ‘Kesari’.

Akshay Kumar is set to star in the epic Bollywood movie ‘Kesari’. The movie is based on The Battle of Saragarhi took place on 12th September 1897. 21 Sikh soldiers, who were part of the British Indian army, were ordered to protect the forts of Lockhart and Gulistan, which bordered Afghanistan. 10,000 Afghan tribal warriors attacked the fort, but the 21 brave soldiers put their lives on the line to protect the country from their enemy. Check out the flick in cinemas 21st March!

Time and time again, we see Akshay pushing the boundaries and putting himself in roles that are different to previous ones. We last saw him in ‘Padman’ and ‘Toilet’, where the movies were based on social stigmas. This time, we will be seeing him playing a soldier where a lot more action is involved.

Speaking about the challenges he faced, he told us that it was the element of performing for real and making it look realistic. Akshay also wears a turban that was worn by Sikhs in those time in the film, and they filmed in high altitude/low oxygen regions which made it harder for them to film in.

Whilst promoting the movie, Akshay posted a video on his Instagram where he was singing the song ‘Ajj Singh Garjega’, from the flick. Disappointingly, we won’t be hearing Akshay lending his voice for a track anytime soon.

The epic movie is now out in cinemas worldwide! Check out the full interview with Akshay Kumar below.