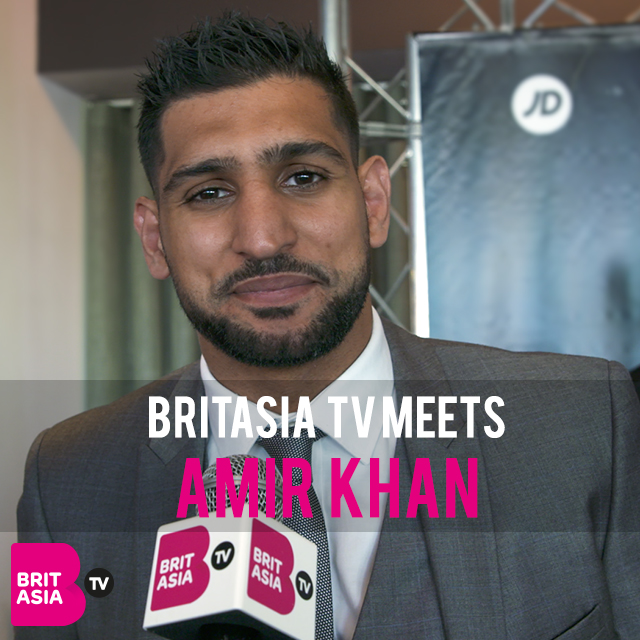 BritAsia TV caught up with world champion boxer Amir Khan at his press conference in Birmingham, to talk about how British Asians should be encouraged to engage in sports.

The boxer announced his first match in Birmingham, that will be taking place on the 8th September at the Barclaycard Arena against Samuel Vargas.

Press conference. #KhanVsVargas in #Birmingham today. Thanks to all fans and media who attended, it was an amazing turn out. #Sept8th #ArenaBirmingham @matchroomboxing @eddiehearn @skysports

We caught up with Amir to talk about how important it is for him to represent Asians in boxing and how he thinks parents should encourage their children to get into sports.

On representing Asians in boxing, he told us that he thinks it’s very important as the younger generation need someone to look up to and to get them inspired. When Amir was growing up he had legendary boxer Muhammad Ali to inspire him to get into the sport.

He believes that children need that motivation to get what they want out of their lives, and said when he was younger was purely focused on being in the gym and training, whilst his other friends were out doing other things.

As a father himself to two children, we asked Amir how parents should be encouraging their children to get into sports. He told us that they need to spend time with their kids to know what their child wants to do, and be able to take them to different places.

Check out our full interview with Amir Khan below.