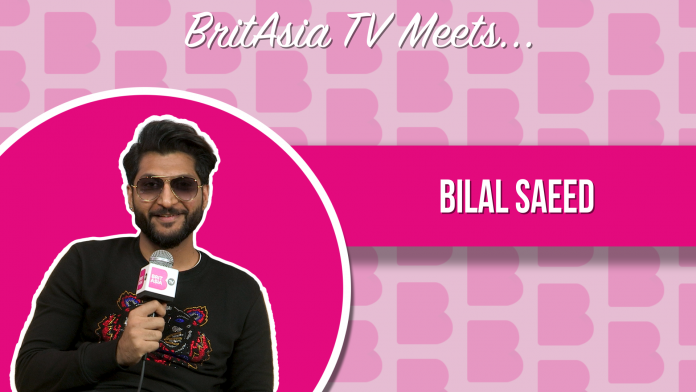 We caught up with Pakistani Punjabi singer Bilal Saeed to talk about his latest song ‘High Waist Jeans’, working with Neha Kakkar, industry changes and much more.

Bilal Saeed is a Pakistani Punjabi singer and songwriter who is known for his collaborations with UK artists such as Dr Zeus, Roach Killa and Bonafide.

He has recently teamed up with Ziggy Bonafide for their latest track ‘High Wait Jeans’. Speaking about the track, he told us that Ziggy was keen to get back on the scene, and was looking to make a comeback with the upbeat track.

Recently, we have seen Bilal work with popular Indian playback singer Neha Kakkar on ‘Dilliwaliye’ and the Bollywood track ‘La La La’. He described the relationship with the singer as a great experience, and he was keen to work with her since she’s being featured on nearly every Bollywood movie and her music is well received.

Touching on the importance of Punjabi music in Bollywood, he told us that Punjabi music has the potential to go worldwide. He believes in the next two year it can become just as popular as Spanish music.

Bilal has been in the industry for many years and has worked with some of the biggest names in the industry. Throughout the years, many changes have occurred and for him he has noticed that social media is hindering talent. He believes the rise of social media is allowing anyone and everyone to upload content, and good talent is getting lost.

Over the years, we have seen more singers getting into the acting industry, and Bilal Saeed is another one to join them very soon. He hinted that he will be signing a film this year to follow his passion of acting in a movie.

We’re sure we will be seeing more of Bilal Saeed this year, and he promises to release even more new music over the next few months.

Check out the full interview with the singer below: