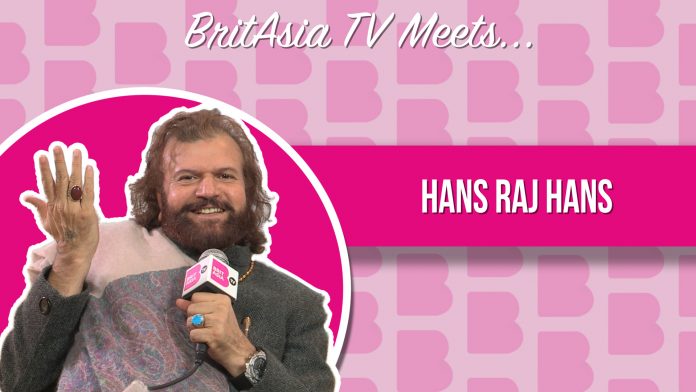 BritAsia TV caught up with legendary Punjabi and Sufi singer Hans Raj Hans to talk about his career, his family, Bollywood, and his love of Sufi music.

Hans Raj Hans is a Punjabi folk and Sufi singer, who has sung for movies and has released many Punjabi pop albums throughout his career.

To kick off the year, Hans Saab old us that he wants to experiment with new projects.He wants to fill in any gaps that are missing in the market. He hopes to release more new music for his fans, and gave his well wishes to all his followers around the world.

Hans Saab passed on his musical genes to his two sons – Yuvraj Hans and Navraj Hans who are also in the Punjabi music industry. They are both successful artists, and have created a name for themselves without the help of their dad. However, Hans Saab told us that he would always be there to guide them.

‘Dil Chori’ is one of Hans Raj Han’s most popular song from the 90’s. Last year, it was remade for the Bollywood movie ‘Sonu Ki Tu Sweety’ by Punjabi rapper Honey Singh. The track was a huge success and garnered over 298 million views on YouTube.

Hans Saab was happy that Bollywood remade the track, and said it feels good because himself and his track have been renewed.

Being a very successful Sufi singer himself, he praised artists such as Satinder Sartaaj who has taken Sufi music to the level, and described him as a little brother.

The ‘Dil Chori’ singer hopes that everyone around the world enjoys the new year, and hopes for more peace and prosperity. Hopefully, we see him return with another hit song!