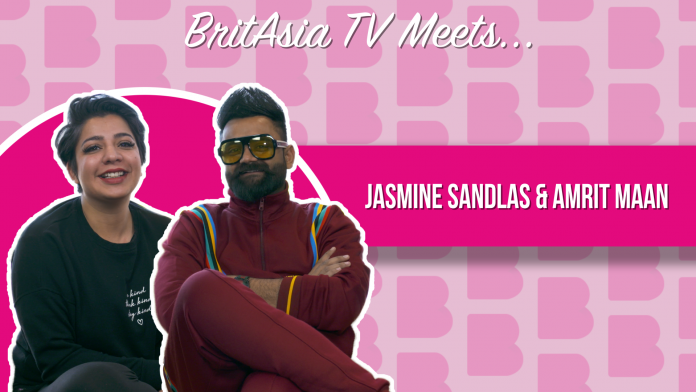 We caught up with the ‘Bamb Jatt’ duo Amrit Maan and Jasmine Sandlas to talk about their latest track ‘Mithi Mithi‘.

The duo were both touring in England, and we had the chance to speak to them both about the huge new hit.

Originally, ‘Mithi Mithi’ was Amrit Maan’s track until Jasmine had heard it at a private party – hosted by producer Intense. It was then she realised she had to be on it, and made it happen.

Talking to the both, we can tell they have a great working relationship and were keen to share inside secrets from on set. Jasmine revealed that they had not spoken all day, as there were a few malfunctions before the shoot but eventually they patched things up and delivered a great video.

The pair delved into when they first met and recorded ‘Bamb Jatt’ and suggested they will be doing another collaboration – but in a year or two. From when they first met, they had a great mutual respect and knew their songs would be a huge hit.

‘Mithi Mithi’ has already gathered over 35 million views, and shows it has gone down a treat with their fans. We can expect more songs from the pair, with Jasmine releasing the highly anticipated ‘Chunni Black’ very soon!

Check out Amrit and Jasmine’s full interview below.