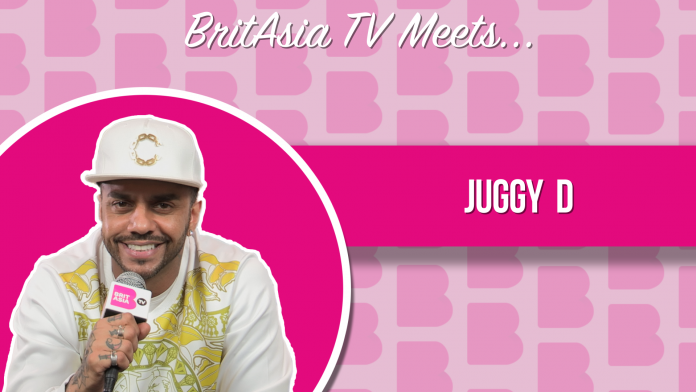 BritAsia TV caught up with British Asian singer Juggy to talk about his latest track ‘Get Down’, being a dad, and much more.

The singer has just released his latest track titled ‘Get Down’ with producer Richi Rich and Indian rapper IKKA. Juggy told us that it was a little bit different to what we normally hear from him, but described the track as a ‘vibe’. It was released through Universal music and received a very positive response from his fans in India.

The ‘Dance with You’ singer is one of the most booked artists from the UK to do shows around the world. We wanted to know the differences he sees when performing and working here to when he does in India. He told us that it is all down to the level of production, and the money and size behind the shows.

He said within the UK, the shows are now increasing but did state that putting a lot of Asians in one room can cause a bit of trouble, so promoters and venues are warier that shows could go the wrong way.

We also wanted to know how the ‘Get Down’ singer juggles being a father of two and being an artist. Juggy said it’s all about balance, and when he has a show booked, he will only fly out for that and then go straight back to his family.

Juggy D has worked with some biggest artists around such as Craig David, Madonna, Ricky Martin and many others. He’s working already with some of the most well-known artists in the Punjabi industry, and we can expect some big songs to come out soon.

The burning question we had for him was if we can see a Jay Sean and Richi Rich collaboration on the way soon and he simply answered: “Absolutely!”

Juggy has more music releasing soon, so fans can expect to see more from him! Check out the full interview below.