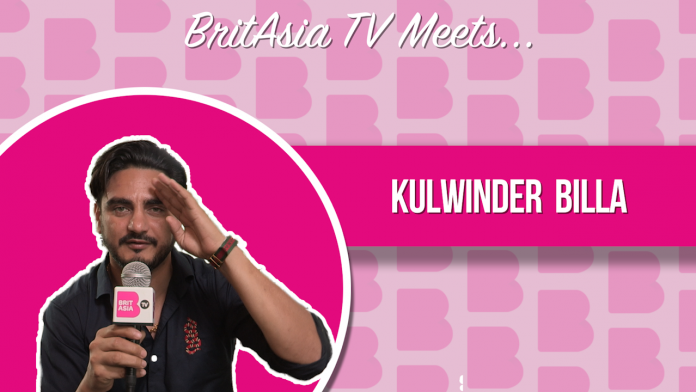 BritAsia TV had a chat with Punjabi singer and actor Kulwinder Billa to find out about his recent project, the upcoming movie Parahuna.

The film, releasing on the 28th September is about how much respect the ‘Parahuna’ or ‘son-in-law’ demands within the family and thanks to the patriarchy, receives. We will be seeing Kulwinder Billa and other parahunas meeting their in-laws for the first time and trying to become part of the family. It is a comedy period movie which Kulwinder Billa states will affect the style of the music.

Speaking about the state of Punjabi movies recently, he observed that they have been very successful recently and Punjabi cinema is growing rapidly due to the increasingly good concepts of the film.

He also told us that his previous movie ‘Subedar Joginder Singh‘ was a wonderful experience, from which he was able to learn alot working alongside in a supporting role for Gippy Grewal. In this family film, we will be seeing him in a romantic role rather than as a military character.

Kulwinder Billa thanked his fans in the UK for supporting him and loving him on his tours and projects and hopes they will continue to show the same support! While continuing to focus on his songs alongside working on movies that he likes.

He told us about his exciting upcoming projects, two Punjabi films ‘Television’ and ‘Nanak’ that we will get to find out more about in 2019!