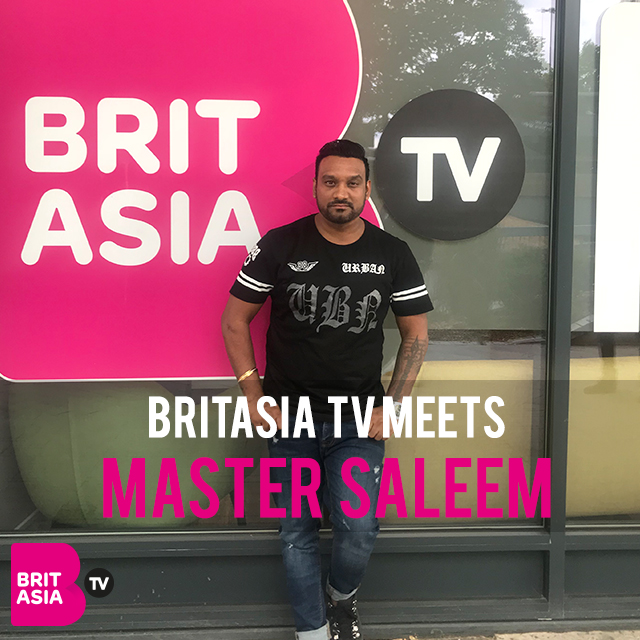 BritAsia TV caught up with Punjabi singer and Bollywood playback singer Master Saleem to talk about his latest single ‘Ik Te Pyar’, and his career.

The Punjabi singer recently released his latest song ‘Ik Te Pyar’, which was inspired by Saleem’s own love life, where he experienced a certain type of love. He sings about it being indescribable and he has so much love for his partner, where it has no limits.

Master Saleem has been in the music industry since he was just 10 years old, where he released his first album, ‘Charkhe Di Ghook’. His popularity grew when he released his single ‘Dhol Jageero Da’, where he collaborated with Panjabi MC. The song was a hit worldwide and still to this day is a widely popular track.

He gave us an insight of what he thinks of the current state of Punjabi music. The singer told us that Punjabi music is celebrated and is on a much bigger scale. It’s also now widely used across in Hindi films, and sometimes it is the Bhangra song that gets everyone dancing.

Not only has he released some of the biggest songs, but has also lent his voice to the biggest stars in Bollywood. He’s been the voice behind Ranveer Singh, Salman Khan, Abishiek Bachchan and many more who all featured in hit Bollywood movies.

We can expect to see more from Master Saleem as he is planning to release more music, and fans in the UK can catch him performing at shows across the country.

Check out the full interview with Master Saleem below.