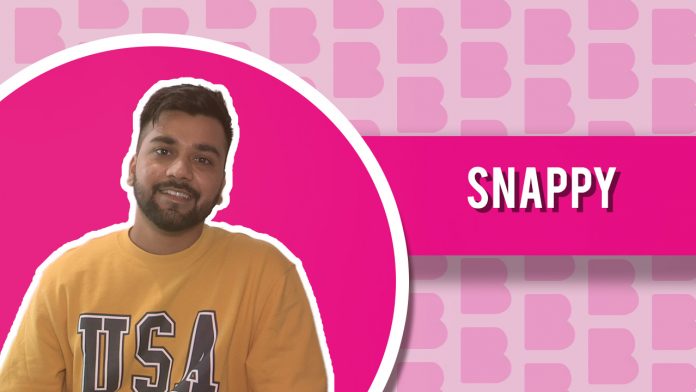 BritAsia TV caught up with music producer Snappy to talk about his career, working with Diljit Dosanjh, and what we can expect to see from in the future.

Snappy is a music producer from India, who has worked with some of the biggest Punjabi and British Asian artists such as Jaz Dhami, Gurj Sidhu, Diljit Dosanjh, Amrit Maan and many more.

The music producer gained popularity between 2010 and 2011, where he was receiving more attention and got involved in the music scene. His inspirations comes from influencers such as Tupac, Biggie, Dr Dre and Gurdaas Maan, which we hear in his style of music.

On describing his music style, he mentioned that he has no particular style, but he is influenced by hip hop and likes to fuse the hip hop element with traditional folk music to create a new sound.

Snappy most recently worked with Punjabi superstar Diljit Dosanjh, on his ‘Con.fi.den.tial’ album, and produced all the songs on the album. The producer did not expect all his music to be chosen for the album, and was a dream come true project. Snappy expressed that ‘High End’ and ‘Future’ was his favourite tracks from the album.

The Punjab native works closely with lyricist Rav Hanjra who wrote all the tracks on Diljit’s album. Snappy told us that they have a great working relationship, where they both know from one look if something is good or not.

Speaking on the current state of Punjabi music, Snappy told us he thinks it’s great and it’s nice to see and hear new music, talent and styles emerge from the scene. Snappy is one of the most established music producers from Punjab, and is one of the new talents that have created a new sound and music style.

Check out the full interview with Snappy below.