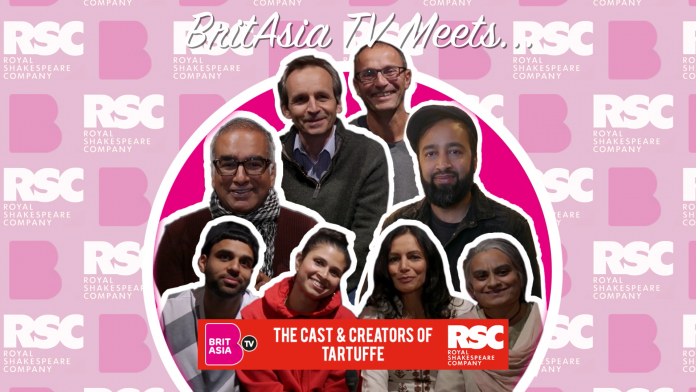 BritAsia TV caught up with the cast and creators of the Royal Shakespeare Company’s latest play, Tartuffe.

The play brings Moliere’s French classic into the context of a Pakistani Muslim family living in Birmingham. Speaking about why he got involved in the play, director Iqbal Khan stated that he was excited about how the play ‘reframes [the classic by Moliere] for a modern audience to set it to speak to a modern Birmingham Pakistan community [as it is] a way of refreshing the play and opening it up to as broad a community as we can.”

Talking about his role, Asif Khan told us that he thought Tartuffe was a joy to play because “he’s just a nasty human being and also very charismatic, very manipulative. He’s basically a character who wears the mask of religion and has found his way into this family and got a grip of the head of the family Imran, the father of the family and manipulates him and everyone to get everything he wants.”