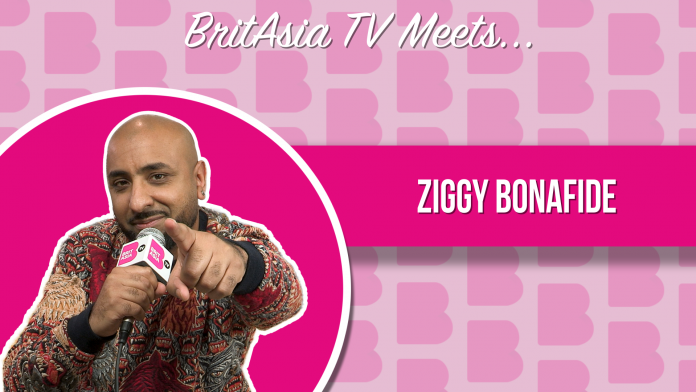 BritAsia TV caught up with Ziggy Bonafide to talk about his latest release ‘High Waist Jeans’ featuring Bilal Saeed, his thoughts on the industry and much more.

Ziggy Bonafide is a British Asian singer and songwriter based in Manchester. He’s better known for his work as part of the duo Bonafide, which was made up of him and Maz.

He spoke to us about the release of his latest track ‘High Waist Jeans’ with Pakistani Punjabi singer Bilal Saeed. It has been two-years since we last heard from Ziggy, and he told us he knew he had to come back with a bang.

On collaborations, he told us that he would like to do another track with Maz Bonafide, which we’re sure fans of the duo would be exited about.

Being in the industry for years, Ziggy has noticed a huge shift in the industry and told us that the limelight has gone towards artists based in India and Pakistan. Ziggy told us that he’s realised this and that’s why he has changed his approach and is now working with artists such as Bilal Saeed. He believes that artists from both sides of the world should collaborate to bring the Indian scene back over to the UK.

We can hear more from Ziggy this year, and he told us that he has another song with Bilal coming soon. He also has another Bonfide song that will be released later in the year, and he might be releasing a track with Rahat Fateh Ali Khan, which was recorded back in 2015.

Watch the full interview with Ziggy Bonafide below.