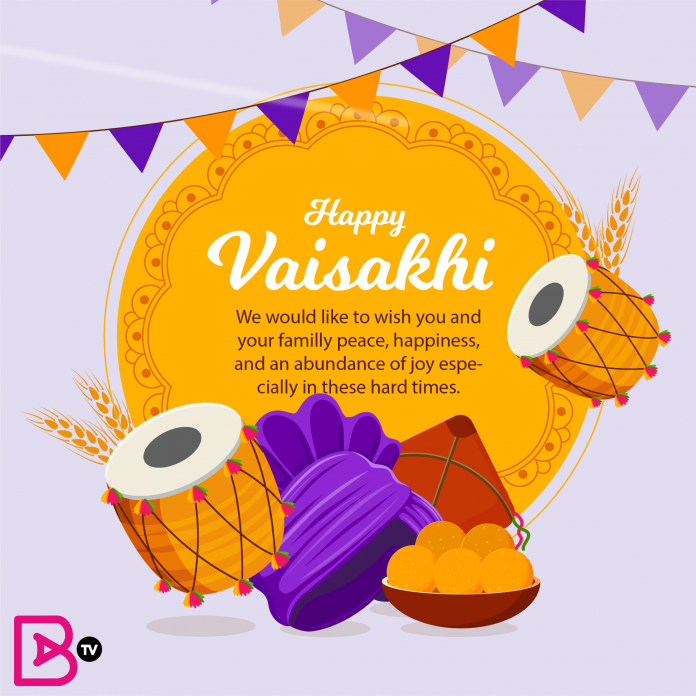 Vaisakhi or Baisakhi, is one of the most important dates in the Sikh calendar. It’s the Sikh New Year Festival and is celebrated on April 13th or April 14th. The day also commemorates the year of 1699 when Guru Gobind Singh – a spiritual leader, warrior, poet and philosopher – founded the order of the Khalsa.

In 1699, the tenth guru, Guru Gobind Singh, chose Vaisakhi as the occasion to transform the Sikhs into a family of soldier saints, which is also known as the Khalsa Panth. Guru Gobind Singh founded the Khalsa in front of thousands at Anandpur Sahib, Punjab.

On the day, Guru Gobind Singh came out of a tent carrying a sword. He asked the crowd full of Sikhs, who was prepared to give his life to come into the tent with him. The Guru returned alone with his sword covered in blood, and then requested for more volunteers and repeated four times until five men disappeared into the tent.

The five men came out of the tent with the Guru and became known as the Panj Pyare or ‘Beloved Five’. The men were then baptised into the Khalsa by the Guru, and he sprinkled them with Amrit (immortal water) and said prayers. He then said that the Panj Pyare would be the embodiment of himself: “Where there are Panj Pyare, there am I. When the Five meet, they are the holiest of the holy.”

In Punjab, Vaisakhi is also a time to celebrate the spring harvest and vegetation.

Sikh across the world celebrate the festival by taking part in parades, dancing and singing throughout the day. Gurdwaras are decorated and visited, with many Sikhs choosing to be baptized into the Khalsa brotherhood on the day.