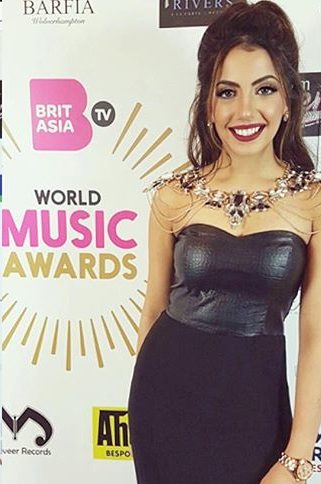 The stunning Rameet Sandhu will be performing at this year’s BritAsia TV World Music Awards and will be joined on stage by Dr Zeus and Curtis Young (Dr. Dre’s son) with their hit single, ‘Talli Hogiya’. Originally from Bearson in Scotland, Rameet Sandhu has been in the Punjabi music scene since 2012 with her first single, ‘Peengh’. In the small amount of time Rameet has been in the Punjabi entertainment industry she has accomplished a great deal.

Whilst studying acting and performance at Glasgow’s Stow College, Rameet became Scotland’s first Miss India Scotland in 2013, when she was only 18 years old! She then went onto star in a Bollywood film alongside Oscar-winning Life Of Pi child actor, Ayush Tandon, becoming the first Asian Scottish woman to feature in a Bollywood film. Since then Rameet has been selling out events across the country. She is also featuring in the new Birmingham based Punjabi movie, ‘Mahri Nri’. We believe this is only the beginning of a successful career for Rameet, as her newest song ‘Talli Hogiya’ has received over 2 million views on YouTube. She is definitely an act to watch out for in 2017!

Want to go and see Rameet perform live alongside Dr Zeus and Curtis Young? Book your tickets for the awards at the Barclaycard Arena in Birmingham on the 4th March 2017 here. They’re selling out fast!

Make sure you go and vote for your favourite artists. #BritAsiaTV