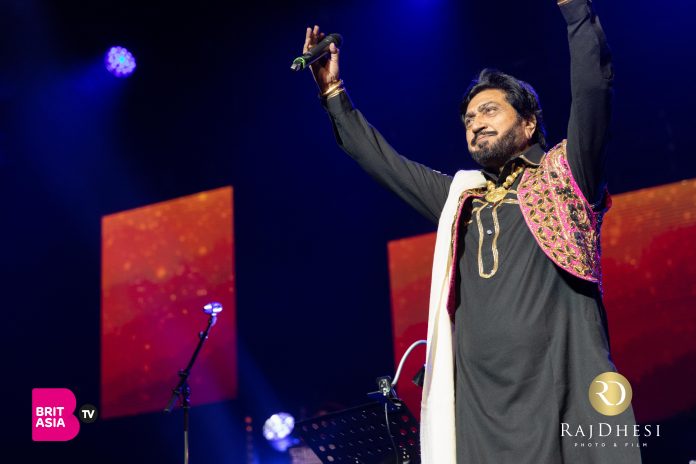 Vocalist, Dhami Amarjit and Punjabi Chart show presenter, Rajdip Shoker were the hosts for the evening, and began the show by introducing the crowd to Tru-Skool’s band members, who had spent many months of preparation into perfecting an authentic Panjabi Folk sound for fans of this musical style.

Surinder Shinda took to the stage to perform twenty-one songs, including many of his classic hits, captivating the audience with feelings of nostalgia and an elated atmosphere. Some of his performed songs included ‘Jind Mahi’, ‘England’, ‘Sucha Soorma’ and ‘Putt Jattan De’. Whilst the majority of the night showcased solo performances by Shinda, he also performed alongside Tru-Skool student, Preet Kaur, on the songs, ‘Fauji Faujan’ and ‘Teri Meri Ik Jindri’. In addition to this, Shinda welcomed Panjabi MC to perform alongside him on their collaborated song, ‘Mirza’, which brought the audience to their feet. Other guest appearances included Malkit Singh, who took to the stage to share a few special words about Shinda and his musical career. 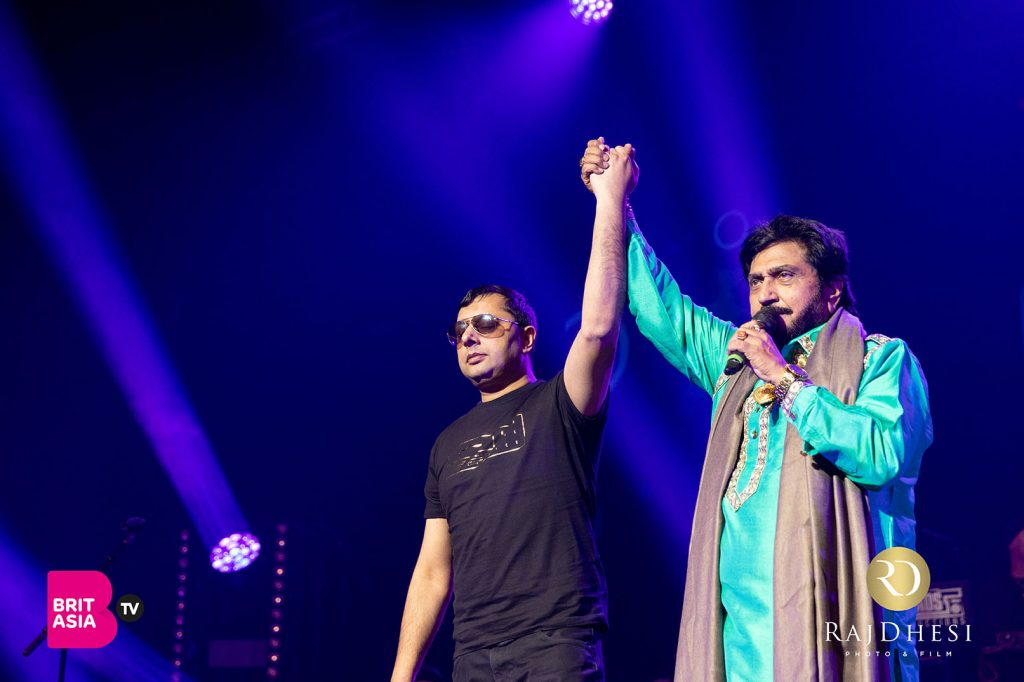 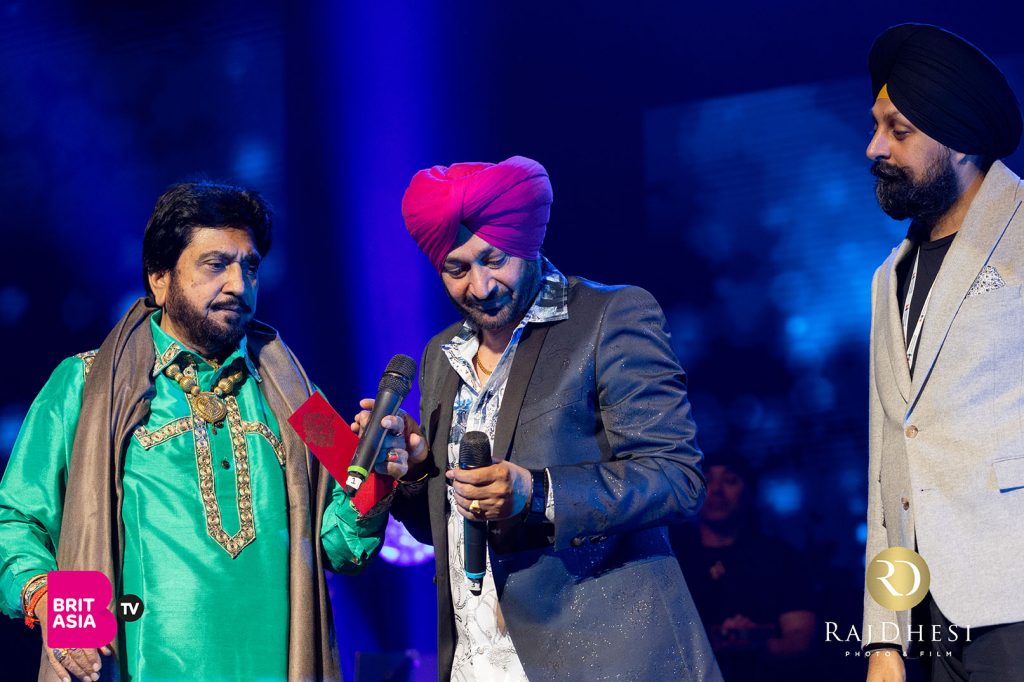 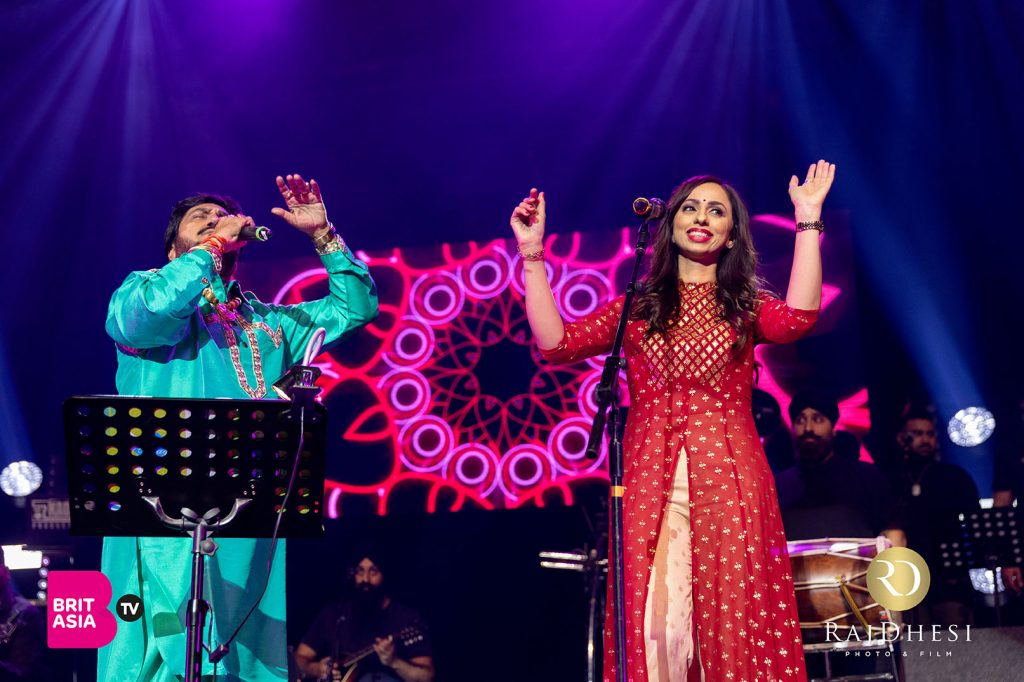 Catering partner for this event, Five Rivers, offered an exquisite Thali service for the event attendees, which many enjoyed before the show and during the intermission.

Tru-Skool, Producer & Musician, said: “Artists like Surinder Shinda, Kuldip Manak and Charanjit Ahuja have had the biggest impact on Panjabi music in all of its history- the material they produced in the EMI/HMV era represents the essence of Panjabi music and culture and is not only the foundation, but also a master class of how it’s supposed to sound and be presented. To have Surinder Shinda for one night only performing his evergreen music from the golden era is something special. BritAsia TV have taken a massive step by organising an event to this scale/standard as their aim is to create balance within the scene – where the audience can now experience real traditional music as well as today’s commercial sounds.”

Tony Shergill, CEO of BritAsia TV, added: “This was the first ever Panjabi show to take place at the iconic Birmingham Hippodrome and we were so proud to have been the ones to take it there. It was great to be able to celebrate a living legend of Panjabi folk music and commemorate Surinder Shinda on all that he has done for the Panjabi music industry, as well as see the positive reactions from the audience. As a TV Channel representing the South Asian community, events such as these are extremely significant for us, as we aim to bring this music scene back into Birmingham. For us to be the first to put on a Panjabi show at the Birmingham Hippodrome makes me very excited to see what the future brings for the South Asian music industry in this region.”

Coverage of the show can be found on BritAsia TV’s social media pages and will be televised on the channel soon. BritAsia TV have also filmed an exclusive interview with Surinder Shinda which will be released soon.