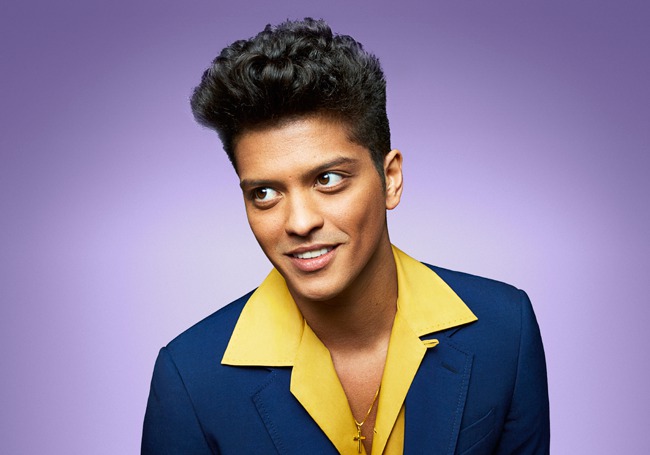 Reports within the Pop world suggest that singer-songwriter Bruno Mars is set to release a new album at the end of the year!

The news first stemmed from an interview with Bruno’s bass guitarist Jamareo Artis who revealed news of a follow up to 2012’s Unorthodox Jukebox with a world tour to follow. “We’ve been working on it for about a year, trying different ideas and experimenting. I don’t know what’s going to be included in the final version, but it’s going to have a new sound, and so far the material is very groove-oriented. It’ll be out sometime this year, and then we’ll hit the road again.”

Music producer Skrillex revealed in June that he was working alongside Bruno Mars on a forthcoming project. “I’m not going to give specifics of what it sounds like, but what we’re doing is so f—king different, awesome and next level and sounds like nothing else that’s happened before”.

Since the release of Unorthodox Jukebox, Mars featured on Mark Ronson’s smash-hit anthem Uptown Funk, co-wrote All I Ask on Adele’s 25 – and who can forget that incredible Super Bowl half-time performance alongside Beyonce and Coldplay?

According to reputable music insider HitsDailyDouble – their “Rumour Mill” section lists a number of artists who are scheduled to release albums later this year. Within Warner Music Group’s release schedule, “Bruno Mars is coming, but the date remains hush-hush” – suggesting Bruno Mars is set to drop a sudden new album, made famous by Beyonce, before the year comes to a close.

Stay tuned to BritAsia TV regarding this story and stay tuned for more music, sport, entertainment and fashion updates!