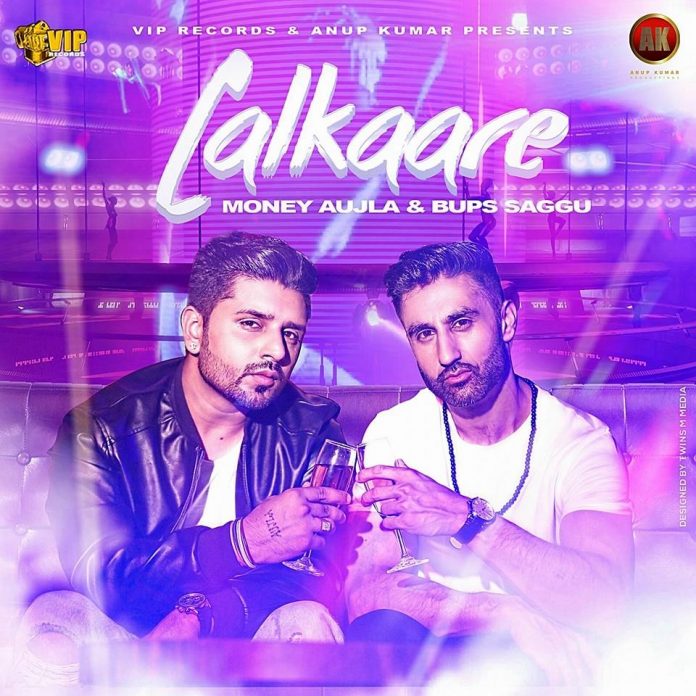 Music producer Bups Saggu is BACK, providing yet again another desi-dancefloor filler in the form of ‘Lalkaare’, this time featuring Money Aujla!

Bups Saggu has made a HUGE impact on the Bhangra industry, providing several hit Bhangra tracks, storming its way to the top of the charts and rocking dancefloors worldwide. After the release of his sophomore album ‘Global’ in 2013, Bups managed to secure himself some collaborations with various vocalists in the form of ‘Nazraan’ featuring Deep Money, ‘Lalkara’ featuring Sazia Judge, ‘Jump to The Bhangra’ featuring Manjit Pappu, ‘Miss Kaur’ featuring Master Saleem, ‘Bodyguard’ featuring newcomers Jotti Dhillon and Sandy Sandhu and most recently ‘Murga’ featuring Aman Sandhu – which was his first highly anticipated release of 2016.

Money Aujla on the other hand is an artist who is no stranger to commercial success. His most notable feature, on the track ‘London’ featuring YoYo Honey Singh and Nesdi Jones, was his rise to fame, with the track accumulating over 9.3million hits on YouTube. He has since released tracks such as ‘December’, ‘New Generation Boliyan’, ‘Soniye’ and plenty more additional features as a lyricist and music director, flaunting his versatility as an artist.

Check out the track below, and stay tuned to BritAsiaTV for more music updates!