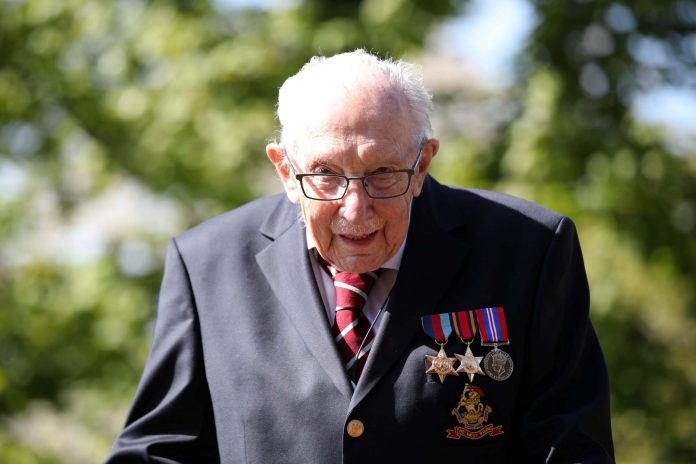 99-year old war veteran, Tom Moore, has raised more than £18m for the NHS, being hailed as a “one-man fundraising machine” by Prince William.

Through completing 100 laps of his garden before his 100th birthday, Tom Moore had originally modestly aimed to raise £1000 for NHS Charities Together. However, more than 880,000 people have made donations, with nearly half a million people petitioning to have him knighted.

Harry Kane, England Football team captain, said: “You’ve been a huge help for the NHS who really need it as this vital time so you’re a true inspiration.” F1 Champion, Lewis Hamilton said he was “blown away by his amazing achievement and that we could all learn something from him.”

After completing his walk, Captain Moore addressed the public: “To all those people who are finding it difficult at the moment, the sun will shine on you again, and the clouds will go away.”