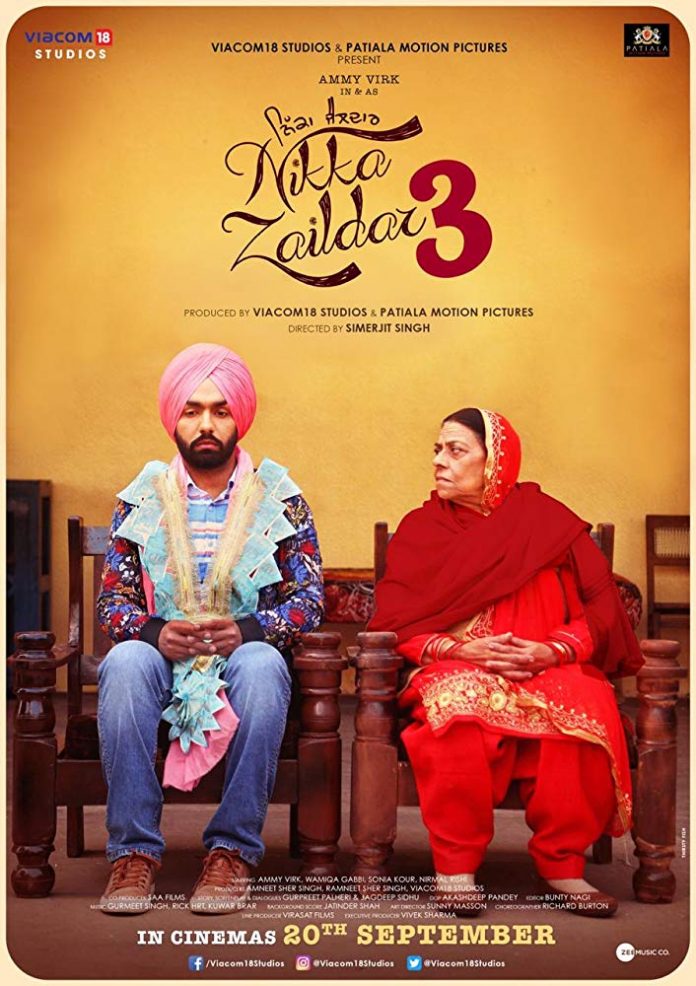 The film franchise ‘Nikka Zaildar’ is set to return to Punjabi Cinema for its third sequel. It has been written by Gurpreet Singh Palheri and Jagdeep Sidhu, and will be directed once again, by Simerjit Singh. The film will be presented by Viacom 18 Studios and Patiala Motion Pictures.

With the success of the first two romantic comedy films, we can’t wait to see what ‘Nikka Zaildar 3’ brings to the screen! Whilst Punjabi singer & actor Ammy Virk will continue starring as the male lead, Sonam Bajwa will not be co-staring as she originally did for the first and second film. Instead, actress Wamiqa Gabbi will be the female lead for ‘Nikka Zaildar 3’, alongside Ammy Virk, making their duo debut on screen together for the first time. Talented actress, Nirmal Rishi, will also continue to play a key role in this film, as she did in the previous two.

The trailer gives us a sneak peek into the comical story, which follows Nikka who becomes possessed by his grandfather’s spirit, only to haunt everyone! This differs from the previous films as it brings a horror element to this comedic sequel!

Ammy Virk took to Instagram to showcase the official ‘Nikka Zaildar 3’ poster, with the caption ‘I promise you’ll really like the film’, adding a special thanks to his fans and the whole team behind ‘Nikka Zaildar 3’.

The romantic comedy is set to be released in cinemas worldwide on the 20th September.