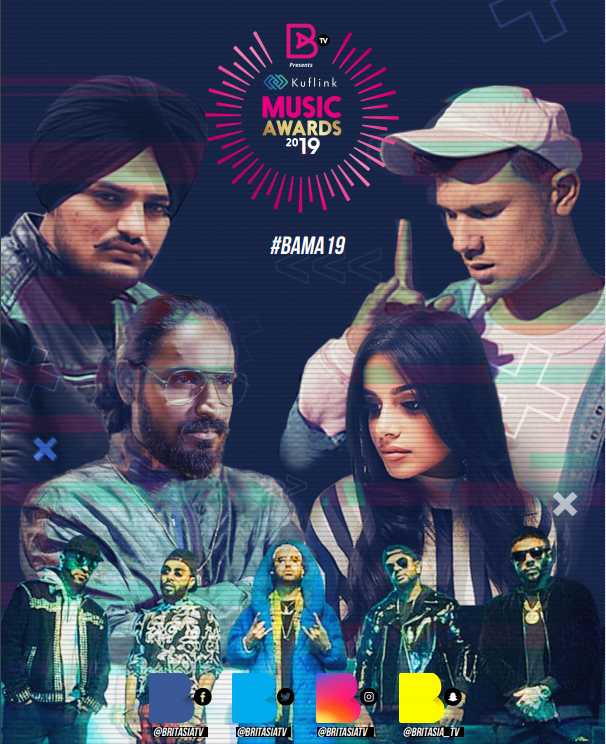 The 9th annual BritAsia TV Music Awards are happening tonight at the SSE Arena Wembley! To get ready for the night, check out the year in Music our performers have had!

Sidhu Moosewala has stormed the scene with his hip-hop infused tracks that has gathered him fans across the globe. As well as storming the South Asian scene, Moosewala also entered the Official UK Top 20 earlier this year with the hit single 47, featuring Mist, Steel Banglez and Stefflon Don!

Mickey has had an amazing year in music in 2019, releasing hit singles such as Closer and Summer Luv, and his hit collab with UK artist Arjun, Tingo! The US artist will be making his debut London performance at this years Music Awards show.

Emiway has released a number of songs this year and has a staggering 8.1M subscibers on YouTube, with his hit single Machayenge reaching 146 million views on Youtube. As well as this, he also won an MTV EMA this year for ‘Best Indian Act’.

Celina is a singer and songwriter, having made her debut with the song, ‘Say Yes’. Earlier this year, she signed with one of the UK’s major record label ‘Virgin EMI’, and recently collaborated with Emiway Bantai on her song, ‘Lean On’.

These 5 artists collaborated on the track ‘Dance’ earlier this year, as well as each of them having another successful year in music, with hit tracks and albums! The party anthem ‘Dance’ integrated elements from each singer, from Latino fused hip hop to the contemporary sounds of Urban Punjabi. The song was also remixed for the Cricket World Cup earlier this year.

BritAsia TV hope all those attending tonight have a great night!