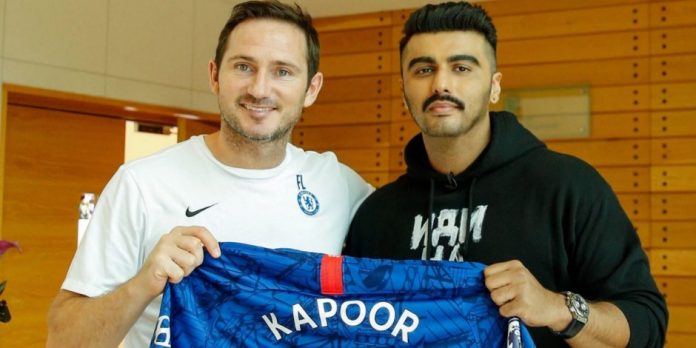 This will include Kapoor being featured in a series of digital talk shows featuring Chelsea fans across India. He will also be across Chelsea FC’s social networks, communicating with fans online and in person.

Speaking about the association, Chelsea boss and former player, Frank Lampard said: “We are delighted to welcome Arjun Kapoor into the Chelsea FC family. He is a versatile actor with a fantastic personality and a deep love for the club. Arjun’s charisma and passion will be brought onto screens as he hosts our brand-new digital fan-show ‘Out of the Blue with Arjun Kapoor’.

Kapoor said: “I have passionately rooted for the club, celebrated the victories and felt the heartbreaks from the losses. Chelsea is in a rebuilding phase and as a fan, I’m privileged that I’m getting to spread the word in India through my knowledge of the club and the game.”

The digital series ‘Out of the Blue with Arjun Kapoor’ will roll out from November and will be available to watch on Chelsea FC’s Facebook, website and official mobile app.