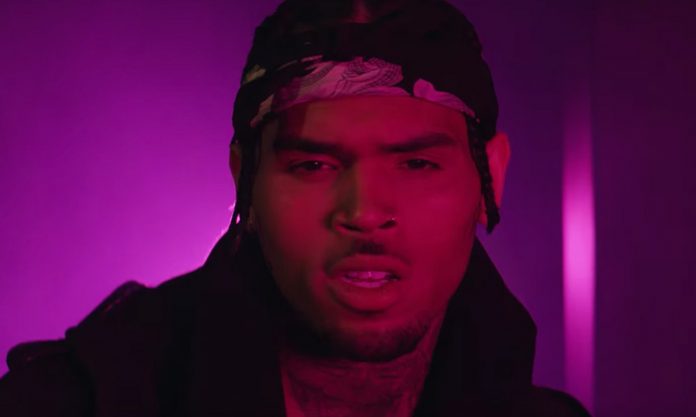 Chris Brown has finally released the highly anticipated music video to ‘Grass Aint Greener’ – which is reportedly meant to be the first single from his eighth solo album entitled ‘Heartbreak on a Full Moon’.

The music video has been anticipated for months since the release of the track, which was released back in May.

In the music video, Chris is first seen driving with his friends to a party. When questioned if he was attending the party to see his ex-girlfriend, he shrugs off the possibility – before admitting that he came to see her. He then convinces his friends to follow him into the wilderness and enters the party, performing a choreographed dance routine. In other scenes, he performs his dance routine in a dark forest. He then discovers his party-goers are in fact vampires, but doesn’t stop Chris from singing about the girl he is chasing.

“You used to be the one to talk to on the side
Waiting for my love to break up
It’s crazy how your ass can walk through every night
Acting like you been a player
That grass ain’t greener on the other side”.

Chris has been hitting the headlines in recent times after he was arrested by Police after he allegedly threatened a young woman using a gun after an argument broke out over jewellery. Chris Brown then had a tense standoff with the Police at his home, after they obtained a search warrant. Chris was then arrested, but later released on bail with a fee of $250.000.

We can only hope things are much brighter from here on out for Chris. In the meantime, check out the music video below and let us know what you think!