Bollywood megastar, Salman Khan, is set to descend on the UK after 12 years, joined by a host of stars in the eagerly awaited Da-Bangg The Tour.

The tour will take place on Saturday 16th September at the Barcleycard Arena, Birmingham and at the O2 on Sunday 17th September. 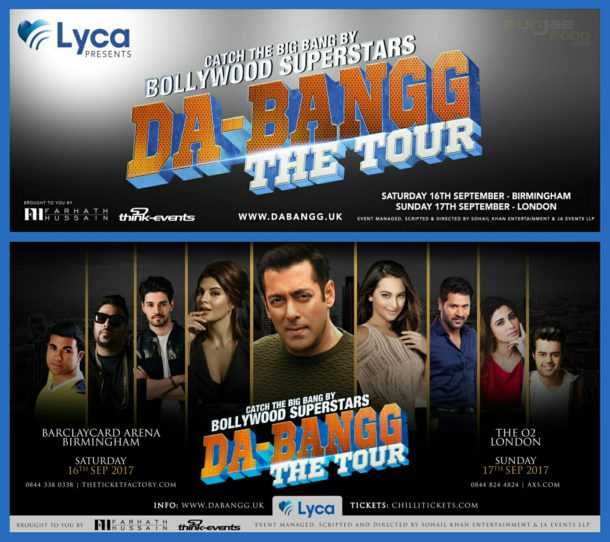 The tour will also welcome an impressive troupe of 120 dancers, technicians and creatives from India, for what will be the most slick and superior Bollywood stage show to date!

Tickets are still on sale and keep an eye out on our Facebook page where we will be giving some tickets away!

You can buy tickets from here.