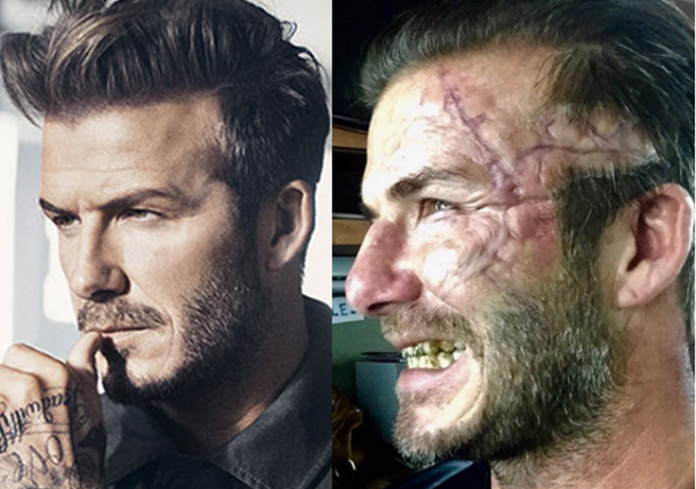 David Beckham is known as one of the most famous footballers in the world and earned the title of ‘The Sexiest Man Alive’ in 2015. But that isn’t all- his recent Instagram post has revealed that he’s now an actor?

But fear not- It’s just makeup! It turns out that this picture is straight from the set of Guy Ritchie’s new historical drama ‘King Arthur: Legend of the Sword.’

The film, starring Jude Law and Charlie Hunnam, takes a new look on a classic tale- Arthur is robbed of his birthright when is father dies. He grows up in the back allies of the city, completely unaware of his title until the moment he pulls the sword from the stone and realises his true destiny. You can watch the trailer below:

With the film’s release set for May, it’s assumed that Beckham’s role will remain small. Rumours state that he will pose as an unhappy knight who is unable to pull the sword from the stone.

Are you excited to see Becks in this new role? Let us know your thoughts. #BritAsiaTV