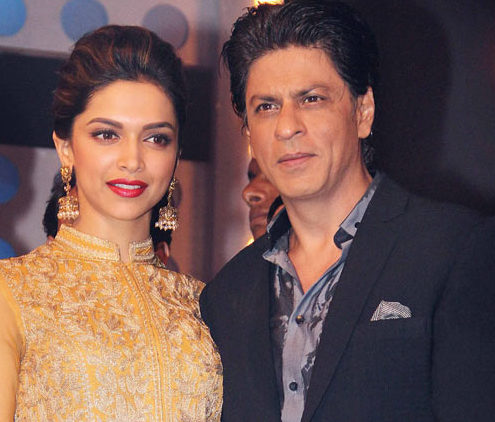 Its bad news for Deepika and Shah Rukh fans! News surfaced today that the pair will not be starring in Anand L Rai’s next film.

Rumours began circling about the pair reuniting for the new film last year, and unsurprisingly fans were extremely excited about it!

Deepika and SRK have starred alongside each other in five Bollywood films; ‘Happy New Year’, ‘Chennai Express’, ‘Billu’, ‘Don 2’ and ‘Om Shanti Om’; all of which were met with a great response from the public.

The new film (which yet to be titled) will feature superstar Shah Rukh Khan playing the role of a dwarf.

According to ‘Mumbai Mirror’, Deepika was offered a role for the film but rejected the project due to scheduling conflicts with her upcoming film ‘Padmavati’, which also stars Ranveer Singh.

The source said “While Deepika was quite keen on doing the film, unfortunately her dates were clashing with those allotted to Sanjay Leela Bhansali’s ‘Padmavati’. Since she has already committed her dates to SLB’s historical, she had to say no to Aanand L Rai.”

Would you like to see Deepika and SRK sharing the screen again? Let us know your thoughts. #BritAsiaTV