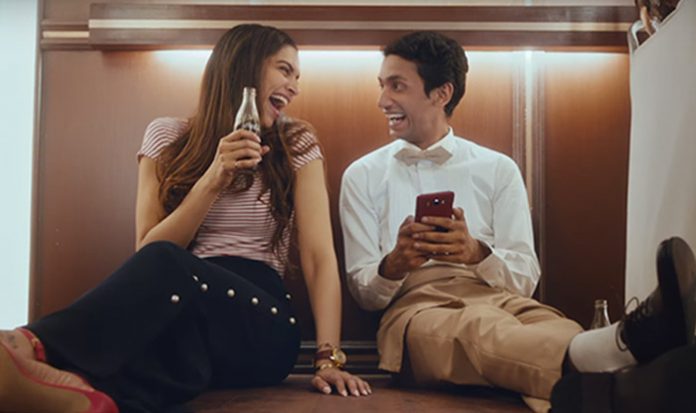 Following the controversial Pepsi advert starring Kendall Jenner, advertisers have been forced to rethink the way in which they advertise products. However, this hasn’t stopped Coca-Cola from releasing a new advert under their ‘Taste the Feeling’ campaign.

The advert features Bollywood actress Deepika Pandukone.  The main message of the advert is to showcase how Coca-Cola can be used to break the ice between strangers.

During the advert, Deepika gets stuck in an elevator with a housekeeper, the housekeeper offers the celebrity a bottle of coke which cuts the tension between the pair and suddenly they start having fun together! 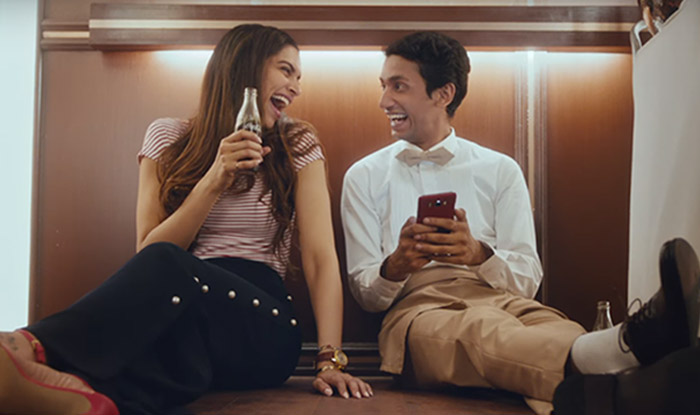 The advert has managed to gain over 1.6 million views in just 24 hours!

When asked about her experience creating the advert, Deepika said; “Shooting for this campaign was so much fun. It’s a situation I could completely identify with and I think the bond between two people has been captured beautifully!”

The advert is part of a larger global campaign, which will feature the same elevator concept but with different celebrities for different countries. For example, for Punjab Diljit Dosanjh will star in the advert.

Debabrata Mukherjee, Vice President of marketing for Coca-Cola India, explained the thought behind the campaign, “Coca-Cola is a simple pleasure that creates memorable moments out of ordinary ones. We have added local flavour to our global elevator campaign and created what we believe is a highly engaging communication.”

He added “While the countries and places may differ, the simple pleasure of enjoying a Coke remains universal. The ad is truly enjoyable due to celebrity quotient of Deepika Padukone, upbeat music, great storytelling and a positive message that no matter what you do, you can always bond over Coca-Cola.”

Despite the light-hearted nature of the campaign, there has been some negative backlash online. It seems that some of the Indian public are not happy about celebrities endorsing products that are unhealthy, one user wrote “Deepika, We all love u and your performance but please don’t ad such products which is not good for health.”

Another user wrote ‘“We are trying to ban [that] product in order to save farmers and you cheap actors promoting date product.”

You can watch the advert here:

What do you think about the advert? Let us know your thoughts. #BritasiaTV